How strange is the proton? 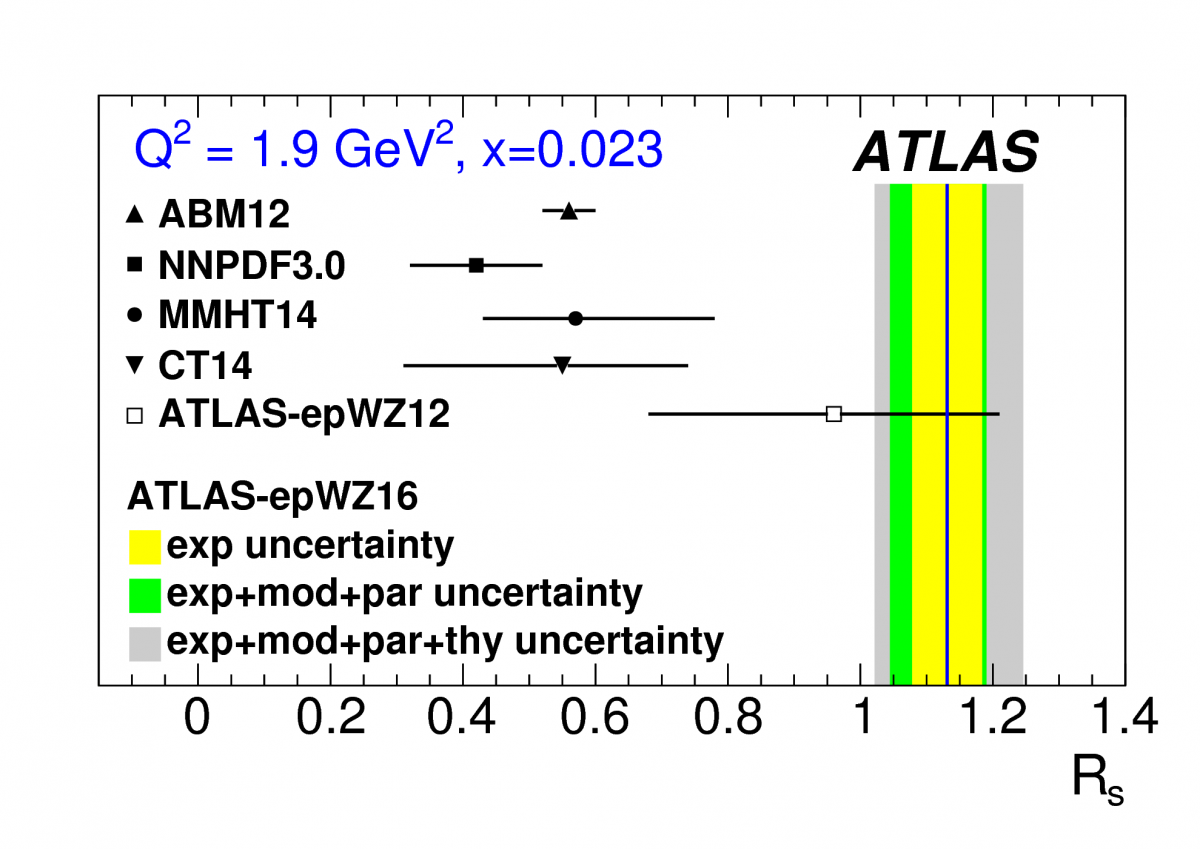 The protons collided by the LHC are not elementary particles, but are instead made up of quarks, antiquarks and gluons. But, the theory of the strong interactions – quantum chromodynamics (QCD) – does not allow physicists to calculate the composition of protons from first principles. Instead, QCD can connect measurements made in different processes and at different energy scales such that universal properties (“parton density functions” (PDFs)) can be extracted. These determine the dynamic substructure of the proton.

The discovery of quarks as the elements of the “partonic” structure of the proton dates about 50 years. Soon after QCD was born and the existence of gluons inside the proton was established. Much has since been learned through a combination of new experimental data and theoretical advances. At the LHC, reactions involve quarks or gluons that carry a certain fraction (x) of the proton’s momentum. Where this fraction is below 0.01, the proton constituents are mainly gluons and a sea of quark-antiquark pairs.

Electron-proton scattering data from the HERA collider has constrained the gluon and the sum of all quarks weighted by the square of their electric charge. But the low x sea-quark composition – expressed in terms of the lighter quarks named up, down and strange quarks – is still not well understood. New data from the ATLAS experiment shows, with unprecedented precision, the production of W and Z bosons through the weak interaction. This sheds new light on the question: how “strange” the proton is at small x?

Find out more about the ATLAS results by reading: “How strange is the proton?”