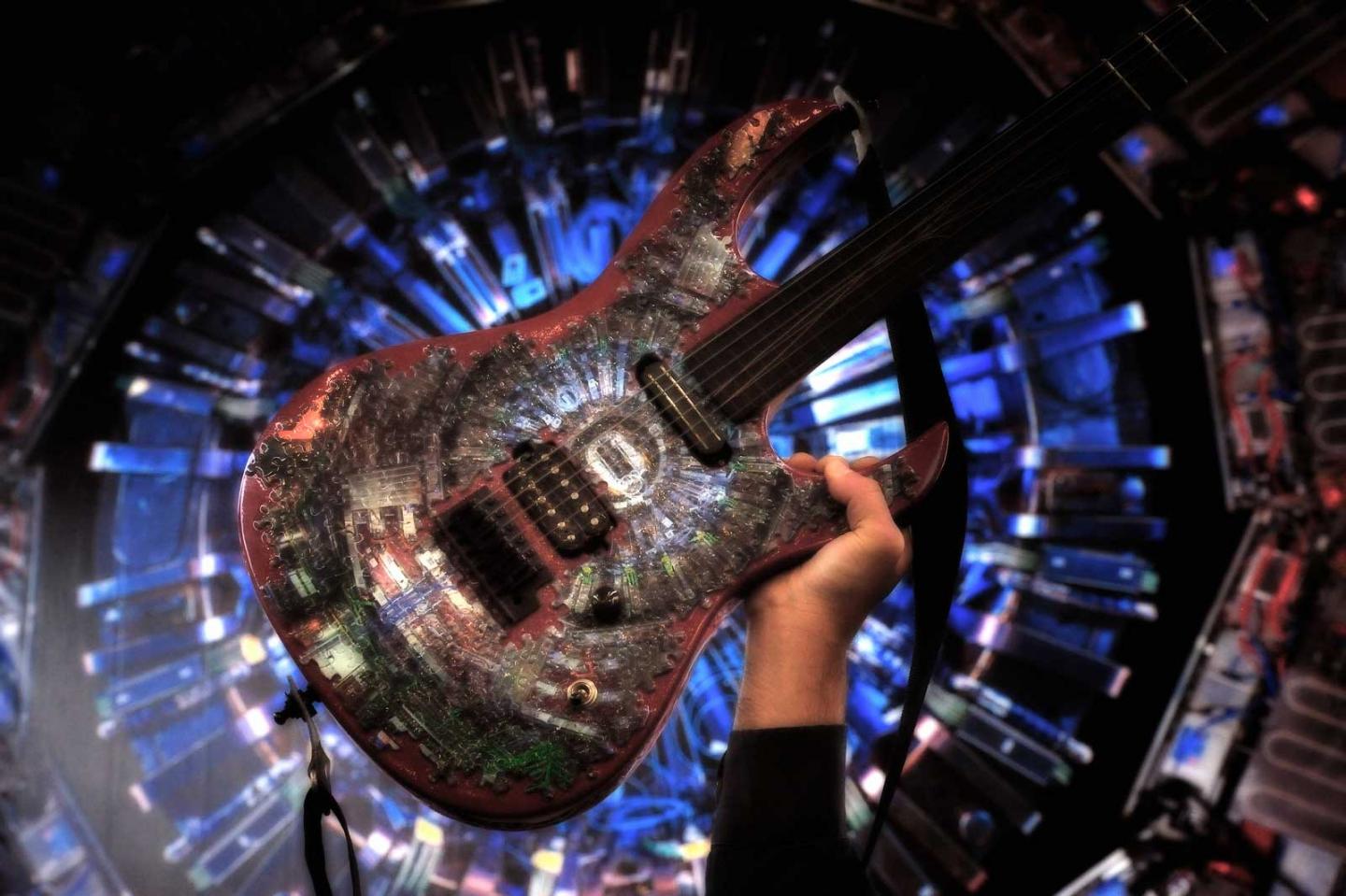 Piotr Traczyk of the CMS collaboration will be playing his CMS guitar at the Montreux Jazz Festival this week (Image: Julia Hoffman)

This week CERN will be hosting a seminar entitled The music of physics and the physics of music at the Montreux Jazz Festival in Switzerland.

The festival is celebrating its 47th anniversary this year and has become an established feature on the international music scene.  Perhaps less well known is the programme of free seminars and workshops that run in parallel with concerts by some of the biggest names in music. On the bill alongside Prince – this year’s headline act – are researchers from the ATLAS and CMS collaborations, as well as CERN artist-in-residence Bill Fontana who will present "sound sculptures" to festivalgoers tomorrow.

On Thursday, accompanying his talk with music played on his CMS guitar, Piotr Traczyk of the CMS collaboration will speak about the Higgs boson: what the particle is, how it appears in proton collisions at the Large Hadron Collider (LHC), and how it fits into the bigger picture of particle physics.

Lily Asquith of the ATLAS collaboration will introduce festivalgoers to the concept of sonification – the translation of real LHC collision data into sound.

Working with composer Carla Scaletti at the University of Illinois in the US and theorist Michael Kramer of Aachen University in Germany, Asquith has recently been given permission by ATLAS spokesperson Dave Charlton to sonify real data collected by the ATLAS detector. "We’ve been producing sounds such as the two gammas from a Higgs decay – one flying past each ear!" she says. "At Montreux, I will explain why this is an interesting project for ATLAS data."

The third presenter is Mark Lewney. After completing his PhD in guitar acoustics and winning the first FameLab science communication competition, Lewney now tours schools with his lecture Rock Guitar in 11 Dimensions, which explains the physics of rock via riffs from Vivaldi to AC/DC.

The seminars will take place in Petit Palais at the Montreux festival at 1pm on 17 and 18 July.

Physics has never sounded so good!