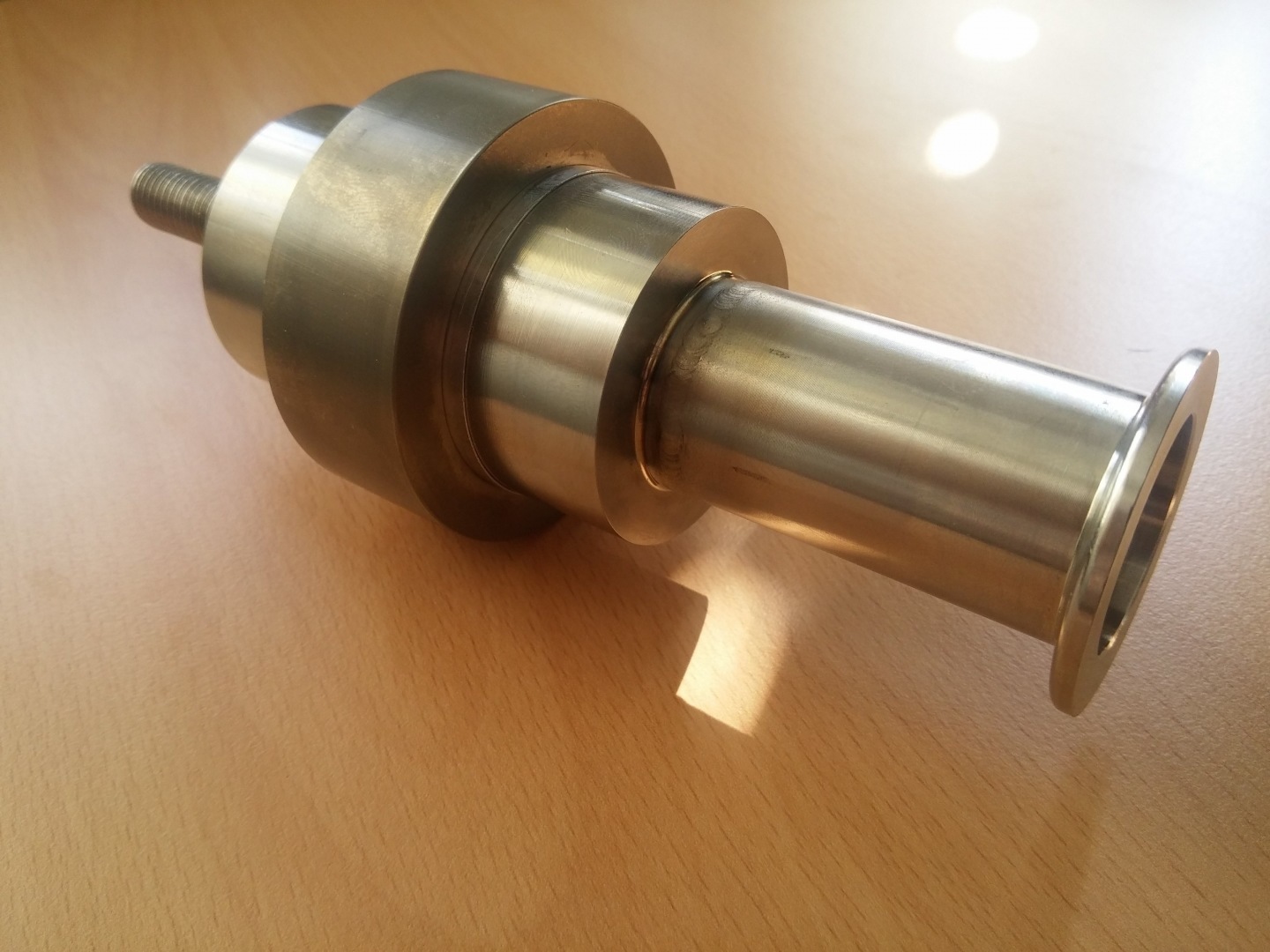 A collaboration between CERN and the University of Calabria is being developed for the vacuum chambers, a new connection device for use in the high brightness LHC (HL-LHC) memory alloy rings of form (AMF). This is to take advantage of the remarkable features of these materials, capable of storing different forms at high or low temperatures, creating an advanced solution to ensure sealing of the vacuum chambers in the enhanced version of . throttle
in particle accelerators, the beams circulate inside vacuum chambers, connected together by flanges - complex technical elements ensuring the integrity of the vacuum system. At present, two types of clamps are used in the LHC flanges "ConFlat" which are bolted; and fast clamps used on radioactive elements (eg collimators), which require heavy chain necklaces and large. Tighten or loosen a flange takes time and can result in a higher radiation dose for staff working in a radioactive environment. "  We wanted to get a compact, lightweight flange that is easy to install and remove, possibly remotely, which can limit the time of intervention  ," says Paolo Chiggiato, head of group items, surfaces and coatings (VSC) . And the solution came shape memory alloys.

"  The shape memory effect is the ability of an AMF to" remember "their original shape under the effect of heat , explains Cédric Garion, member of the VSC group.  This is possible in some thermomechanical conditions in special microscopic crystallographic configurations  (see sidebar).  At CERN, we are particularly interested in the nickel-titanium alloy (Ni-Ti), which present a very promising potential form of refund . "Currently developed by CERN in collaboration with the department of mechanical techniques, and energy management (DIMEG) of the University of Calabria (Italy), the connecting device nickel-titanium concerned have the advantage of being installed or removed easily. The AMF rings come in two different sizes: small size after contraction under the effect of heat; and greater size after contraction under the effect of cold. "  After undergoing some thermomechanical treatments, rings SMA currently under study (with an internal diameter of 45 mm and a thickness of 8 mm) contract under the effect of heat, thereby varying the diameter several millimeters!  explains Fabrizio Niccoli, of the University of Calabria, who is preparing a doctorate on this issue.  We could easily install them at room temperature around the ends of rooms when they are slightly smaller. Then simply heat for the contracted form and tighten the vacuum chambers to seal the void .  Tests performed in C ERN  showed that the seal could be reproduced below 10 -10  mbar l s -1 .  the ring is removed SMA by lowering its temperature below the tem room temperature, allowing it to regain a large size. She became relaxed enough so that technicians can easily open drains . " This technology is developed for the future HL-LHC, which will be commissioned in 2026. The brightness of HL-LHC will be ten times higher than the current LHC. Due to the increased brightness, the radioactivity will be higher at some points of the accelerator. The time spent in parts tunnels will then be reduced as much as possible.