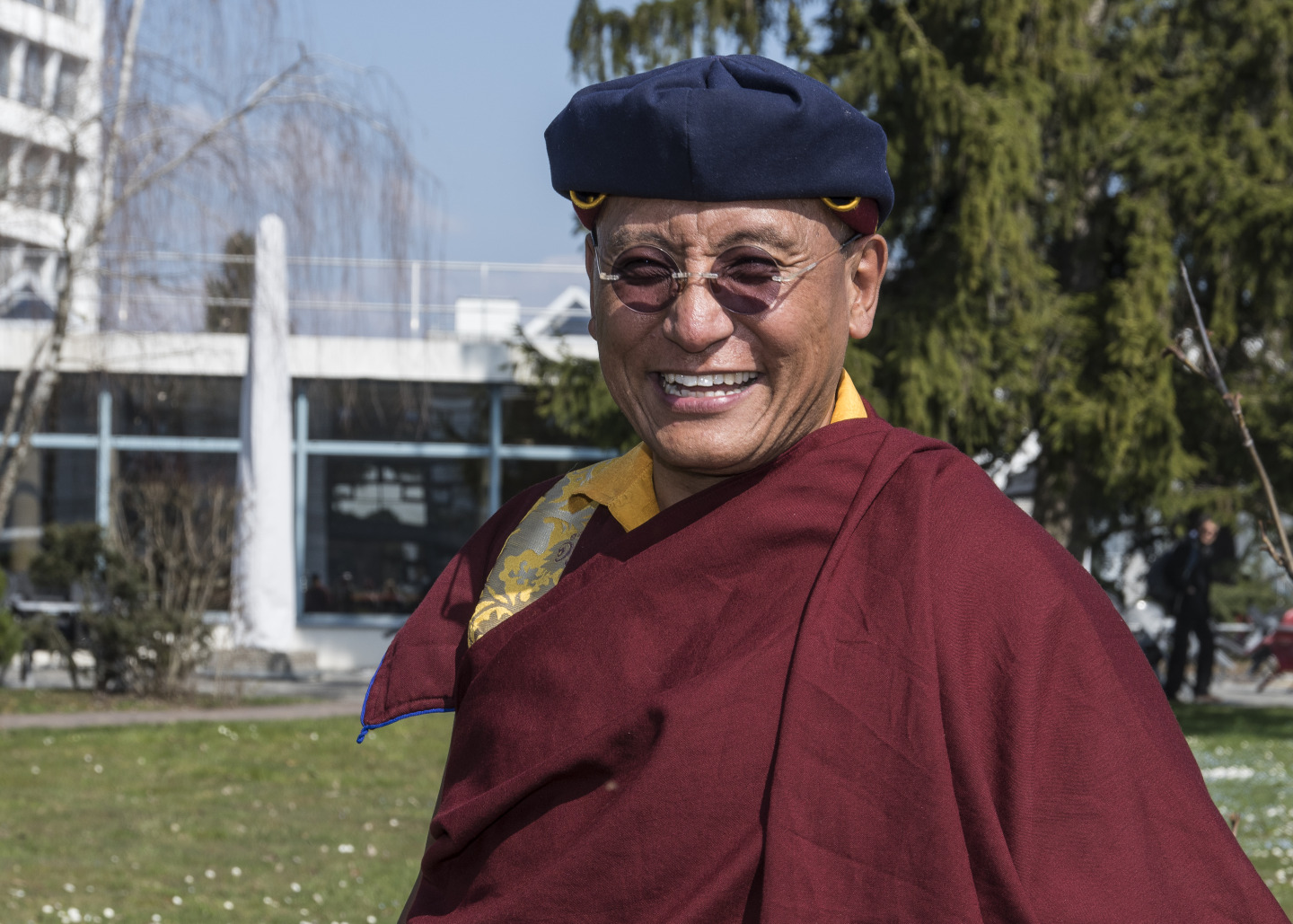 One of the highest­ ranking Buddhist Masters, His Holiness the XIIth Gyalwang Drukpa, came to CERN today for the event "Science Meets Buddhism: Great Minds, Great Matters" at which he discussed the intersection of science, philosophy and spirituality with leading scientists at CERN.

Buddhist philosophy shares some common ground with modern scientific principles. Both seek to develop a deeper understanding of the natural world and perceptions of reality.

The four speakers— His Holiness Gyalwang Drukpa, Director General Rolf Heuer, and CERN theorists Gian Giudice and Michelangelo Mangano— addressed topics such as the origins of the universe and the differences between knowledge and understanding.

“It’s always amazing how quickly you identify common ground,” said CERN theorist Michelangelo Mangano. The Drukpa nodded his head in agreement as Giudice discussed how empty space is never really empty, but rather filled with an invisible energy field we cannot see or detect. “We have the same concept is Buddhism,” he said. “We call it Śūnyatā.”

The conference ended with spiritual leaders and CERN scientists agreeing that science and spirituality shape who we are as humans, and that education in both realms could help cultivate an appreciation of the natural world and a sustainable future. “Both are part of our life and should be taken seriously,” said Director-General Rolf Heuer.