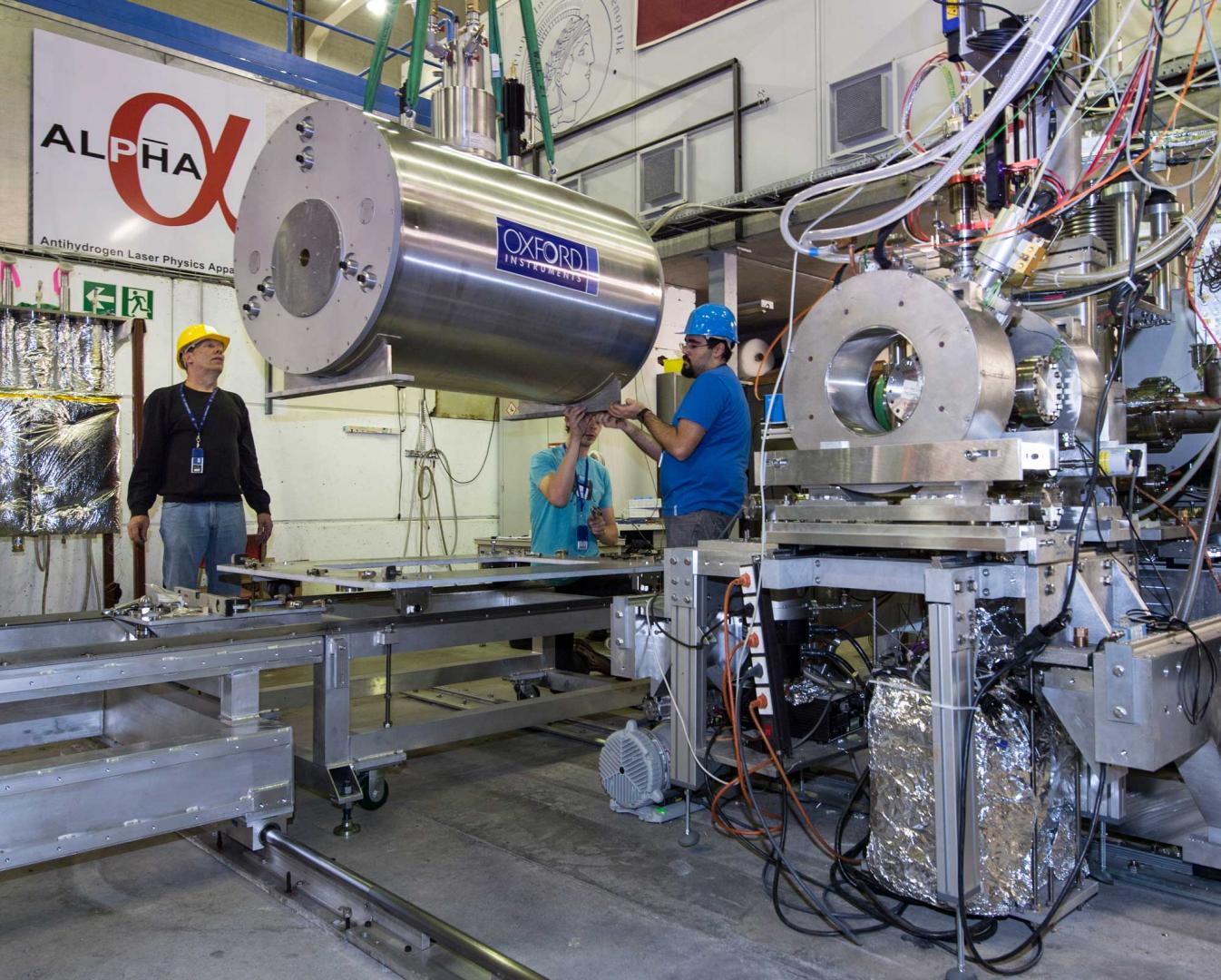 The ALPHA collaboration at CERN today published a paper in Nature Communications describing the first direct analysis of how antimatter is affected by gravity.

ALPHA was the first experiment to trap atoms of antihydrogen — neutral antimatter atoms held in place with a strong magnetic field for up to 1000 seconds. The original goal of the experiment was not to study gravity, but the researchers realised that the data they had already collected might be sensitive to gravitational effects.

“The ALPHA apparatus can trap antihydrogen atoms, which we then intentionally release,” says ALPHA spokesperson Jeffrey Hangst of Aarhus University in Denmark. “We used our position-sensitive annihilation detector to see if we could observe the influence of gravity on the released atoms.”

Current theoretical arguments predict that hydrogen and antihydrogen atoms have the same mass and should interact with gravity in the same way. If an atom is released, it should experience a downward force whether it’s made of matter or antimatter. The ALPHA physicists have retroactively analysed how their antihydrogen atoms moved when released; this has allowed them to put a limit on anomalous gravitational effects.

“This is the first demonstrated experimental method to directly address the question of the gravitational nature of antimatter, and we look forward to refining it when we start up again in 2014. With more data, and perhaps atoms with even less thermal motion to compete with gravity, we hope to be able to test whether antimatter actually falls down,” says Hangst.

“In the unlikely event that antimatter falls upwards, we would have to revise our view of the way the universe works,” says Joel Fajans, a member ALPHA at the University of California, Berkeley. “We’ve taken the first steps toward a direct experimental test of questions that physicists and non-physicists have been wondering about for more than 50 years.”

The experiment will come back on line in 2014 with an upgraded antimatter trap called ALPHA-2. Along with the advancement of ALPHA, the antimatter programme at CERN is expanding. AEgIS and GBAR, two more experiments currently under construction, will focus on measuring how gravity affects antihydrogen.