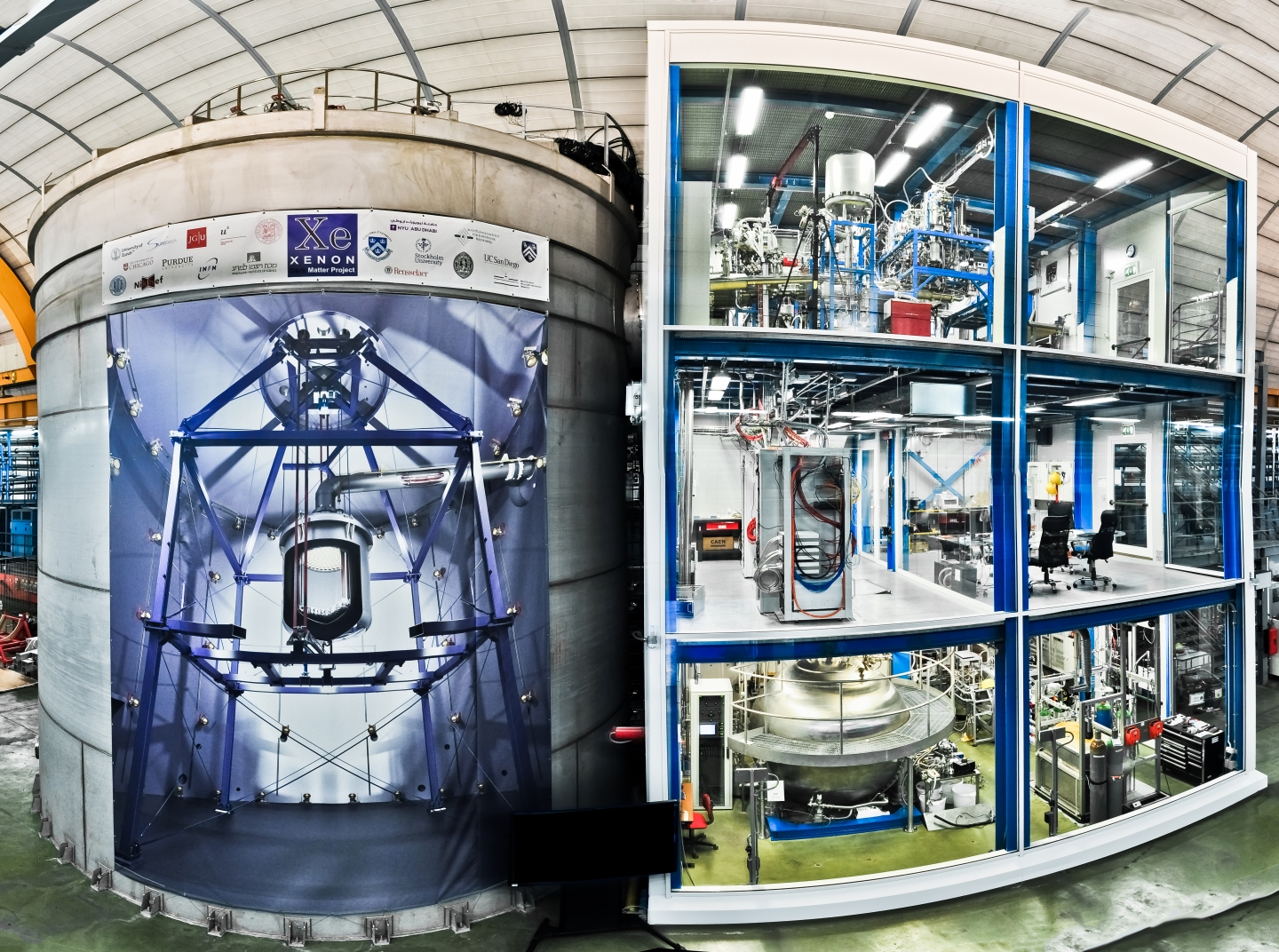 XENON1T is housed in the underground hall of LNGS in Italy. The cryostat is located inside the large water tank (left) next to a three-story building containing auxiliary systems. (Image credit: Roberto Corrieri and Patrick De Perio.)

XENON1T is the world’s largest and most sensitive detector for direct searches of dark matter in the form of Weakly Interacting Massive Particles (WIMPs). On Monday 28 May, the collaboration presented the latest results both at CERN and at the host laboratory INFN Laboratori Nazionali del Gran Sasso (LNGS), in Italy.

The results are based on 1300 kg out of the total 2000 kg active xenon target and 279 days of data, making it the first WIMP search with a noble liquid target exposure of 1.0 tonne x year. XENON1T has an improved sensitivity of almost four orders of magnitude compared to XENON10, the first detector of the XENON Dark Matter project, which has been hosted at LNGS since 2005.

The data are consistent with the expectation from background, and place the most stringent limit on spin-independent interactions of WIMPs with ordinary matter for a WIMP mass higher than 6 GeV/c².

The results build on first results released last year, as reported in the CERN Courier. They have been submitted to Physical Review Letters and the preprint is available on arxiv. Spokesperson Elena Aprile of Columbia University gave the presentation at LNGS and Manfred Lindner of the Max Planck Institute presented at CERN. The CERN recording is now available.