LHC: preparations for a new season of physics 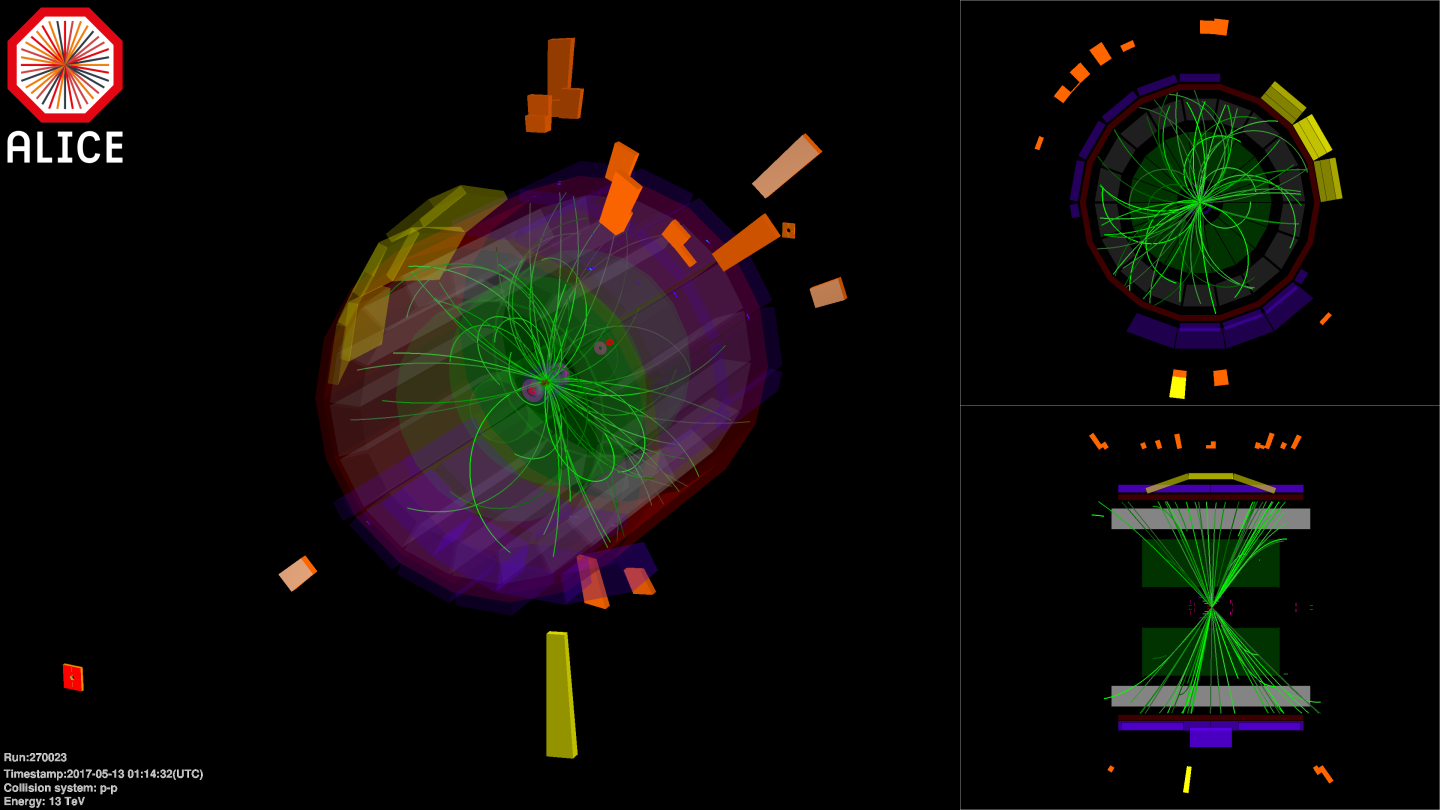 One of the first proton-proton collisions seen by the ALICE experiment in 2017, on May 13, during the LHC beam commissioning phase. ALICE used these first collisions to fine-tune its equipment and get ready for the new physics season of LHC. (Image: CERN)

Last week, the detectors of the Large Hadron Collider (LHC) witnessed their first collisions of 2017. These test collisions were not for physics research, instead they were produced as part of the process of restarting the LHC. But have patience, data taking for physics will start in another few days.

Since particles began circulating in the large ring once more, the LHC’s operators have been testing and adjusting 24 hours a day to turn the LHC into a veritable collision factory. Their work involves forming trains of bunches, building them up over the next few weeks to several hundred and then several thousand bunches per beam.

To establish this production line of particles, all of the accelerator’s systems must be perfectly adjusted. The LHC is an extremely complex machine comprising thousands of subsystems and it takes weeks to adjust them all.

The first particles circulated on 29 April 2017 and, soon after, the operators started work on their long list of adjustments. They tested the radiofrequency system, which accelerates the particles. They brought the beam energy up to its operating value of 6.5 TeV. They tested the beam dump system, which ejects the particles into a block of graphite if required. They tested and aligned all the collimators – jaw-like devices that close around the beam to absorb stray particles. They carried out proton bunch ramp and squeeze cycles. Finally, they performed fine adjustments of the hundreds of corrector magnets, adjusting the trajectory of the beam to a precision of one micron at the collision points.

Last Wednesday, they started to collide the beams to be able to adjust the interaction points at the heart of the experiments. This step is carried out with so-called “pilot” beams, containing fewer than ten bunches and fewer protons than during the physics runs. These first collisions also allow the experiments to adjust their detectors.

In the coming days, the operators will continue to adjust and align the equipment. Once all of these steps are complete, they will be able to announce “stable beams”, the long-awaited signal for the start of the new data-taking season for the experiments.