An artist’s view of CERN 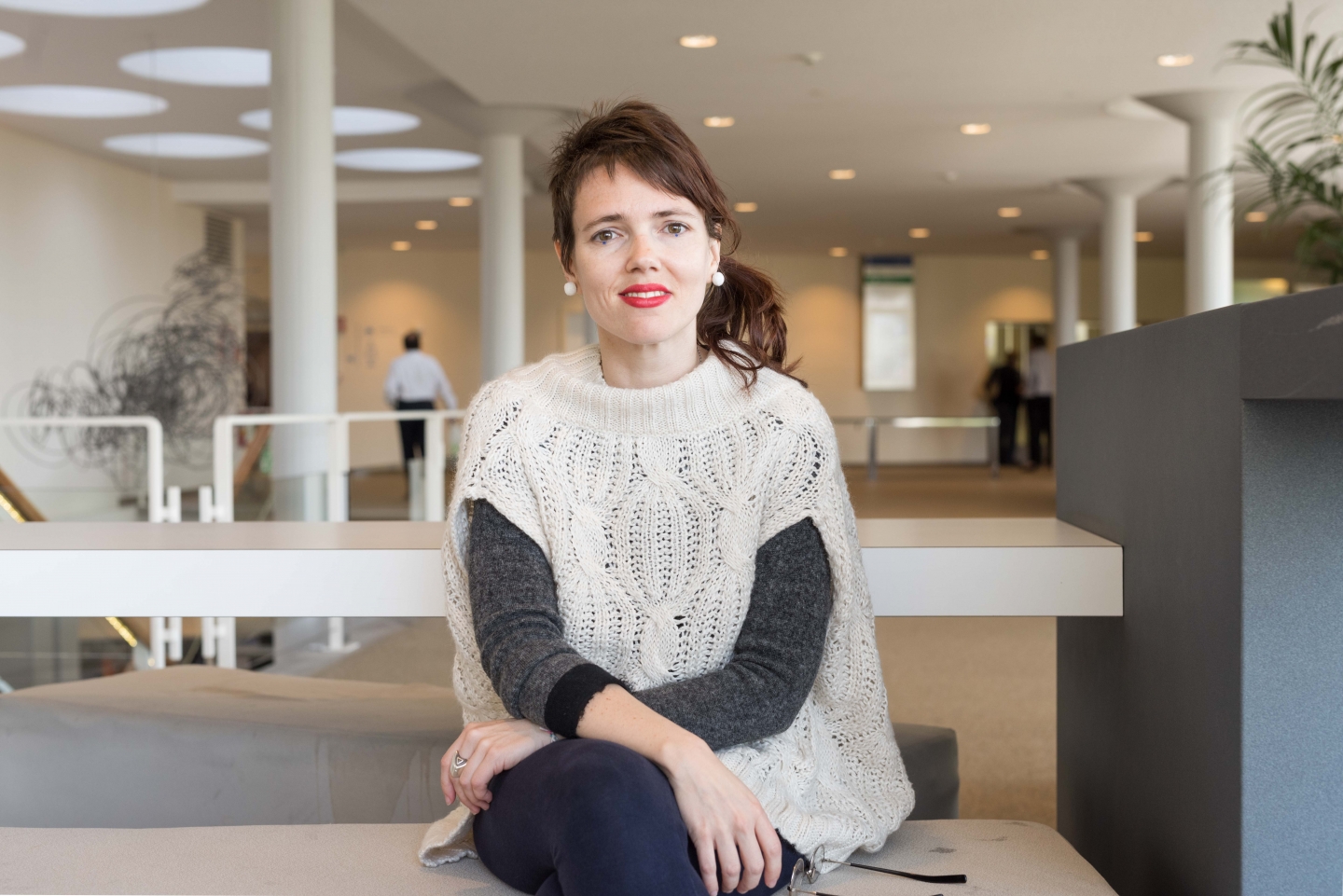 You might see Laura Couto Rosado around CERN while she conducts research and builds art as part of her Collide Pro Helvetia prize (Image: Sophia Bennett/CERN)

Laura Couto Rosado sees CERN as an ideal place to be inspired by science and to produce new works of art.

“My practice as a designer is inspired not only by natural phenomena but also by the sciences that study them and the technologies that emerge from them. I use the basic principles of applied physics to develop intriguing hybrid design products.” This is how the designer Laura Couto Rosado describes her work. Laura won the “Collide Pro Helvetia” prize, which is organised by Arts at CERN in partnership with the Swiss Arts Council “Pro Helvetia”.

The Collide Pro Helvetia prize, established in 2012, allows Swiss artists to spend three months at CERN seeking inspiration from scientists and the world of science. After her first month at CERN (June), Laura will take a short break from her residency over the summer, resuming in September. She talks enthusiastically about her experience of working at CERN so far: “CERN and its arts programme provide a perfect framework for me to refine and enhance my artistic method, the aim of which is to make design and science even more symbiotic. So far, it’s going very well,” she confirms. “I came to CERN with preconceived ideas for my project. The knowledge that I’m acquiring through my meetings with physicists exceeds all my expectations, and it is driving me to steer my research in a more refined, subtle and creative direction. For now, the best way for me to approach quantum phenomena is to let the physicists express themselves by focusing on their own experiences, giving lots of detail and using their own metaphors, even at the risk of losing the thread of my own ideas.”

Physicists are the second secret to the success of the Arts at CERN programme, as the artists interact with genuine physicists directly, not through an intermediary or a filter. Laura seems to particularly appreciate this aspect: “I’m lucky to have James Beacham as my scientific partner. He’s open and attentive; he suggests ideas for me to explore and provides me with the tools to develop my project.” She continues: I’m also very pleased with the meetings I’ve had with other CERN physicists. I really appreciate their generosity.”

CERN will no doubt leave a strong impression on Laura and her work as an artist, and she’s equally determined to make her mark on CERN before she leaves, especially on the physicists with whom she’s interacted. “Concretely, through my 'Flavourful Objects' project, by the end of my residency I’d like to have put in place the basis of a vocabulary and a methodology that would allow designers to explore formalisation techniques influenced by the world of quantum physics. It would be a souvenir to thank the physicists as well as a way of monitoring the evolution of 'Flavourful Objects'”.