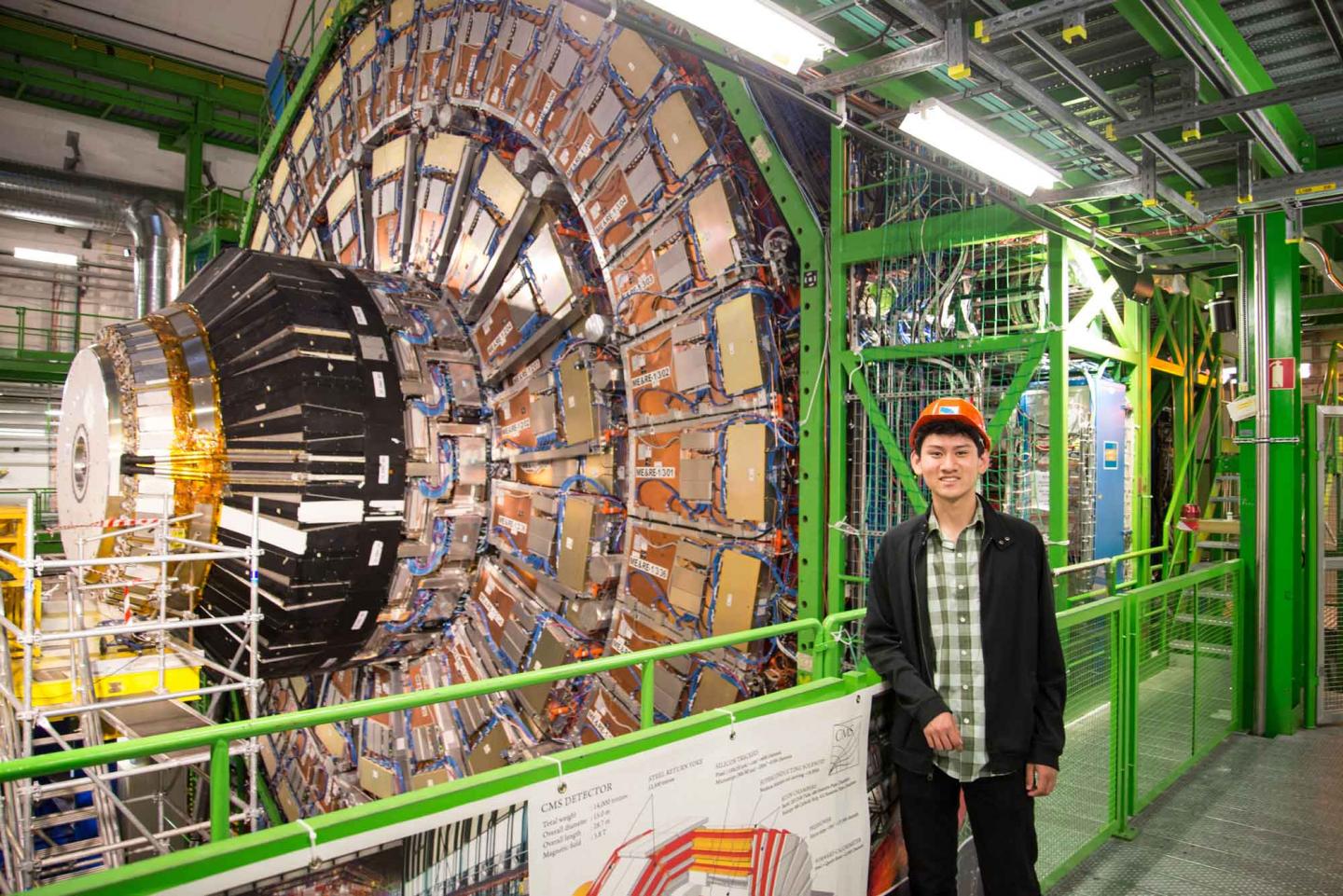 Google Science Fair 2013 winner Eric Chen enjoyed a three-day visit to CERN last week. His winning project used supercomputers, courtesy of UC San Diego, to analyse the structure of influenza viruses. This initiative won him not only the grand prize title, but also a $50,000 scholarship, a trip to the Galapagos with National Geographic and, of course, an exclusive tour of CERN.

Travelling with his father – also a scientist – Eric explored many of CERN's most iconic sites, including the LHC tunnel, CMS detector, and CERN Computing centre. "CMS was just amazing," says Eric. "It is on such a large scale but attention is still paid to all the small connections and details. It has to work as a whole and the fact that it does is incredibly impressive. I was also impressed by the amount of work surrounding it; not just building the machines, but collecting and analysing the data."

As well as tours of experimental facilities, Eric enjoyed one-to-one discussions with many CERN scientists. Among them, researchers from CERN's Life Sciences section – a branch of CERN's research he had not previously considered. "Visiting the Laboratory has revealed so many different disciplines," says Eric. "Yes, there is the engineering component that the media focuses on, but there is also so much more that we don’t hear about. For example, the analysis process, data storage and the entire medical side! There's a wide range here."

By the end of his visit, Eric already seemed at home at CERN. But would he ever consider pursuing particle physics as a profession? "I know I really like science, but I have no idea what I'd like to go into," he says. "I want to take my undergraduate years to explore as much as possible to find out what I really like. That being said, coming here and seeing physics research in action has widened my view. This experience has certainly made the option of pursuing one of the many high-energy physics disciplines a possibility."

Eric will be attending Harvard after the summer, where he plans to pursue the sciences. No matter what subject captures his attention, we hope to see him back at CERN someday soon!