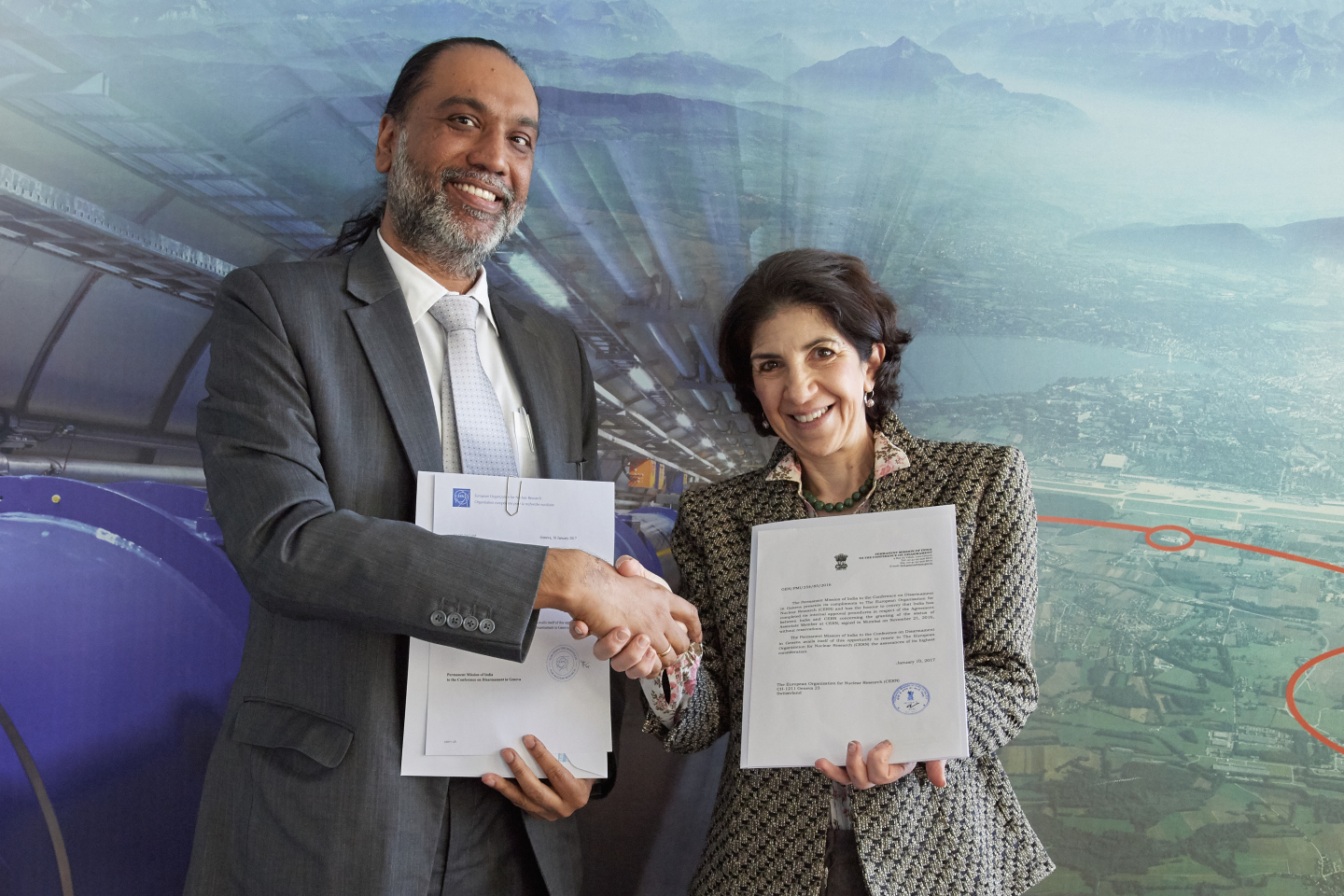 Today, India became an Associate Member of CERN. This follows official notification to CERN that the Government of India has completed its internal approval procedures in respect of the agreement, signed in November 2016, granting that status to the country.

India and CERN signed a Cooperation Agreement in 1991, setting priorities for scientific and technical cooperation, followed by the signature of several Protocols. India’s relationship with the Organization dates back much further, initially through cooperation with the Tata Institute of Fundamental Research, whose high-energy physicists have been actively participating in experiments at CERN since the 1960s. They were later joined by scientists from the Raja Ramanna Centre for Advanced Technology, Indore, in the 1990s. These and other institutes built components for the LEP accelerator and the L3, WA93 and WA89 detectors. Their scientists participated in important physics analyses and publications throughout the years.

All these developments paved the way, in 1996, for the Indian AEC (Atomic Energy Commission) to agree to take part in the construction of the LHC, and to contribute to the CMS and ALICE experiments and to the LHC Computing Grid with Tier-2 centres in Mumbai and Kolkata. In recognition of these substantial contributions, India was granted Observer status to the CERN Council in 2002. The success of the DAE-CERN partnership regarding the LHC has also led to cooperation on Novel Accelerator Technologies through DAE’s participation in CERN’s Linac4, SPL and CTF3 projects, and CERN’s contribution to DAE’s programmes. India also participates in the COMPASS, ISOLDE and nTOF experiments.