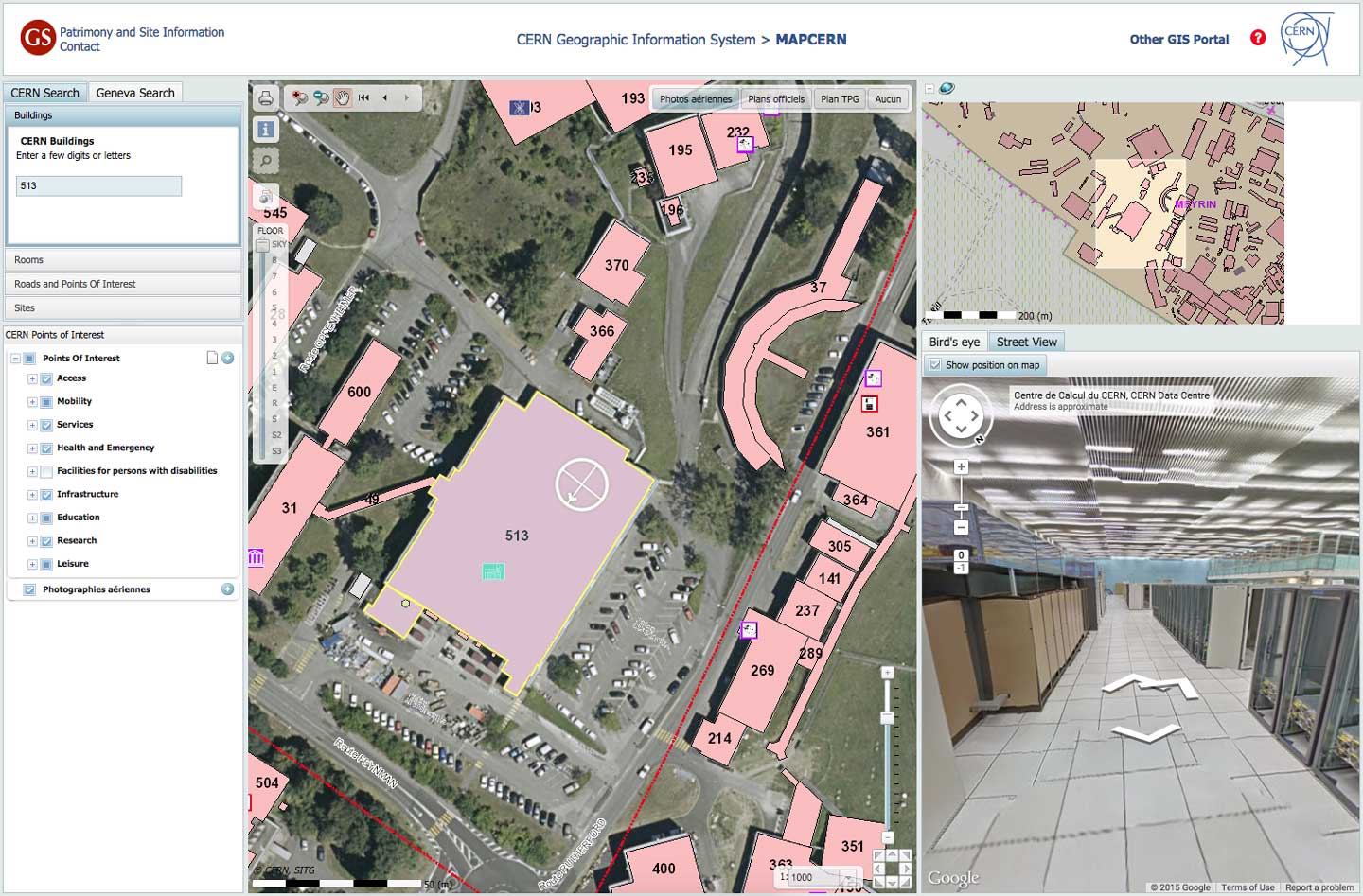 New Street View images of CERN sites have been added to MAPCERN, see bottom-right-hand image in the screenshot above (Image: MAPCERN)

CERN’s online maps, MAPCERN, now have the added bonus of Google Street View, thanks to the new release of captured images of many CERN sites by Google.

Google Street View, an integrated service of Google Maps introduced in 2007, links 360-degree panoramic photos into a virtual tour. CERN and Google began collaborating on this Street View project in 2010 and now these Street View images have been embedded into MAPCERN, accessible by clicking the “Street View” tab in MAPCERN’s bottom-right-hand window.

If you need to locate a building at CERN, or plan an intervention of equipment, you can save time by using the Street View images to check out the area in advance. The CERN Meyrin site has been fully mapped, as well as the surfaces of the eight LHC points, as well as BA2 and BA3.

As well as this new MAPCERN integration, new Street View images are available directly from Google Maps include the Proton Synchrotron. This complements the 2013 release of images of the ATLAS, ALICE, CMS and LHCb underground experimental caverns as well as the LHC tunnel. The control rooms of several experiments, the CERN Computing Centre and the CERN Control Centre on the Prévessin site can also be directly accessed via Google Maps.

“We’re delighted that CERN opened its doors to Google Maps Street View allowing anyone, anywhere in the world to take a peek into its laboratories, control centers and its myriad underground tunnels housing cutting-edge experiments” said Pascale Milite, an operations lead at Google.

CERN and Google hope to include more Google Street Views of CERN sites in the future.

A different perspective of CERN