A nature-lover’s guide to CERN 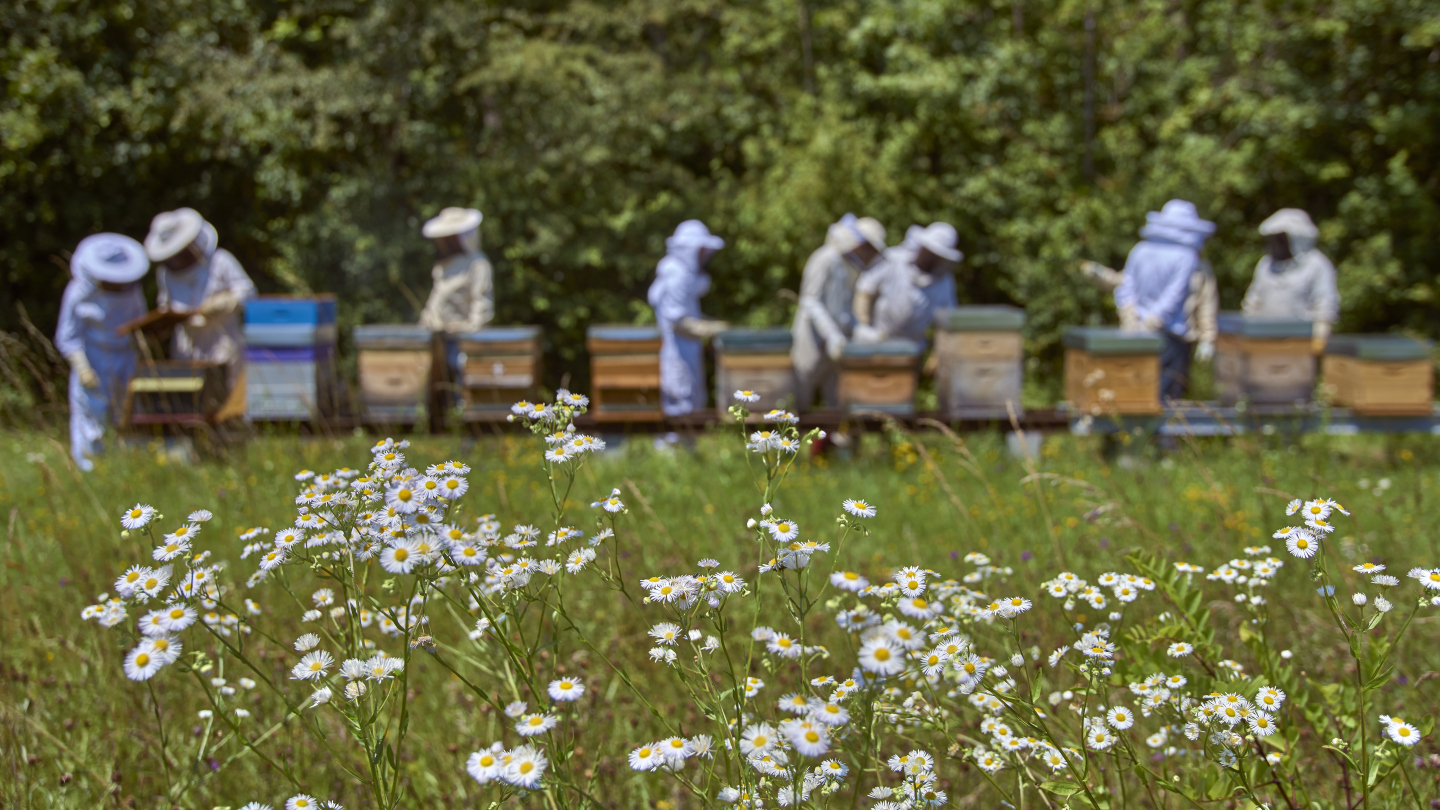 The “Nature et abeilles” club maintains a dozen beehives and compiles inventories of the flora and insects on the CERN sites. (Image: Julien Ordan, Anna Mestvirishvili/CERN)

Admittedly, the CERN sites seem nothing like the green and grass-laden campuses that students dream about. Visitors are immediately struck by the almost-brutalist industrial edifices, car-parks and roads.  And yet, in the midst of the metal and the tarmac, nature still has a firm foothold. Look closely and you will spy green enclaves and an unexpected variety of fauna and flora, lovingly maintained by the team responsible for parks maintenance at CERN. Believe it or not, parks and woodlands account for 100 hectares out of the 211 hectares of land within CERN’s fences.

If you’re still in doubt, then come with us on a tour of the Laboratory’s green back-office.

CERN’s sites, and more especially the Meyrin and Prévessin sites, are dotted with islands of greenery that are home to typical dry grassland flora, in particular a remarkably diverse population of wild orchids. CERN thus has the widest variety of orchid species in the Geneva region. Their names testify to their particular flowering processes and evocative forms,  such as the bee orchid (Ophrys apifera), the man orchid (Orchis antropophora), or the monkey orchid (Orchis simia). But the most numerous species, and the most recognisable in bright pink, is the pyramidal orchid (Anacampsis pyramidalis).

“These orchids are a precious asset in CERN's grasslands,”  explains CERN parks manager, Mathieu Fontaine. “For conservation reasons, we have a sustainable management policy that includes late cutting.”

CERN boasts many species of trees, but in recent years, dozens of poplars have had to be felled. Most were planted about forty years ago and were reaching the end of their lives. As this happens they become dangerous, their roots invading underground water and electricity networks. The time for re-planting has arrived. “Next winter we will be planting about 90 saplings on the Swiss part of the Meyrin site,” says Mathieu Fontaine. “Further planting campaigns are planned in subsequent years in order to replenish CERN’s tree population.”

CERN is also committed to biodiversity and nature conservation in the land just beyond its fences. France and Switzerland have lent CERN a number of parcels, amounting to 415 hectares, which not yet been given over to science and constitute the unfenced site of the Organization. This includes about 300 hectares of agricultural land leased to farmers and 90 hectares of woods. CERN has undertaken to manage these tracts on behalf of its Host States. The Laboratory is thus helping to support agriculture in the Pays de Gex, which has seen rampant urbanisation over the past 20 years, and contributing to the preservation of the region’s last lowland forests. That’s great news for the biodiversity, rural life and people in the Pays de Gex, who can continue to enjoy these unspoilt areas.

CERN’s woodlands are brimming with local varieties such as oak, ash, wild cherry, hornbeam, aspen, poplar, and common alder, managed and operated by the French national forestry commission, Office national des forêts (ONF). “These tracts are managed in the same way as regular high forests, with holes made to allow natural regeneration,” CERN’s park warden, Erwan Le Marrec, explains. For a number of years, horses have been used to remove the felled trees, thus minimising the impact on the environment.

The timber from the commercial operation of the forests or from the felling of ageing trees (poplars) is either used for wood energy, to heat public buildings in the Pays de Gex, or sent to local sawmills and made into items like pallets.

On the fauna side, CERN’s famous sheep have now started grazing CERN’s pastures, as they do every year. Starting at Point 1 behind the Globe, they will spend the whole summer ambling from one meadow to the next, their bells tinkling within earshot of our offices and laboratories.

The Prévessin site has other surprises in store for the nature enthusiasts among us. Take a stroll to the end of Route Heisenberg and behold the bees ! Every ten days, members of the CERN club “Nature et Abeilles” look after the dozen beehives there. This year, the first spring harvest produced about 120 kilograms of honey. A second harvest is planned for the end of July.

The “Nature et Abeilles” club is also involved in nature conservation activities. For example, it regularly draws up floristic and entomological inventories on CERN’s various plots,  aimed at gaining a better understanding of the sites’ fauna and flora and taking appropriate action whenever necessary.

CERN’s parks and woodlands offer an attractive environment for rich biodiversity. Make the most of them and share your experiences with everyone by sending your photos and stories to internal.communication@cern.ch.

See horse-logging in action at CERN