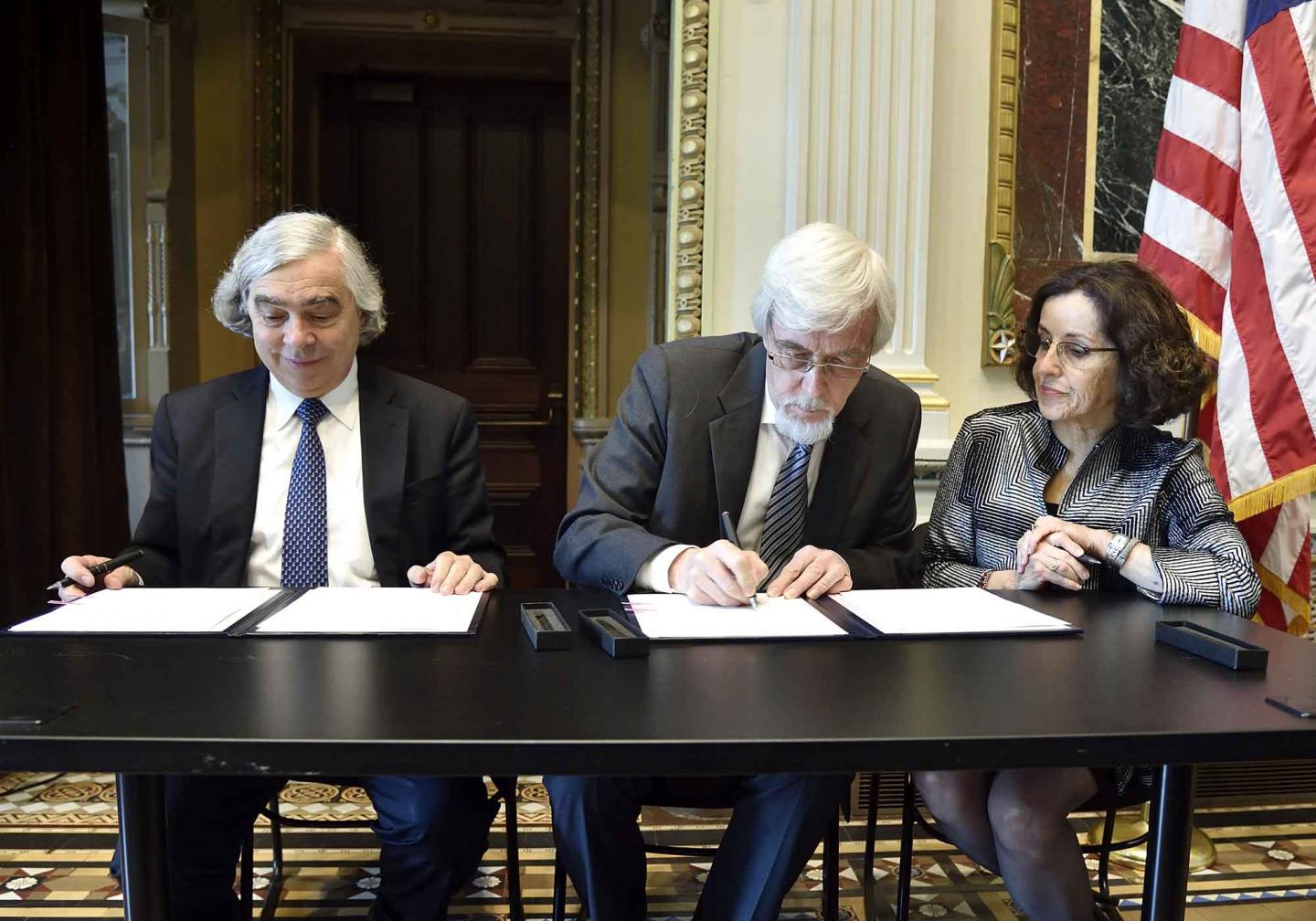 The agreement - which will automatically renew every five years unless one of the signatories indicates a need to modify or end the agreement - aligns European and American long-term strategies for particle physics. This global relationship has already generated amazing results, through instruments such as the Large Hadron Collider (LHC) at CERN and the Tevatron particle collider at Fermilab.

CERN and the United States have a long history of collaboration: American physicist Isidor Rabi was one of CERN’s founders, and American scientists have been involved in CERN projects since the institution’s creation in the early 1950s. CERN provided equipment for US projects, such as Brookhaven National Lab’s Relativistic Heavy Ion Collider – used for nuclear physics research – and European scientists were critical to the success of US-based particle colliders such as the Tevatron.

US physicists have participated in a wide range of experiments at CERN over the last 30 years, from the Intersecting Storage Rings (ISR) through fixed-target experiments at the Super Proton Synchrotron, all the experiments on the Large Electron-Positron Collider (L3, ALEPH, OPAL, DELPHI), heavy-ion experiments and ISOLDE. Following the demise of the Superconducting Super Collider (SSC) in 1993, many US physicists joined the LHC experiments ATLAS and CMS, as well as ALICE and LHCb.

More on this story:

More about the US at CERN:

Proposed cuts to Horizon 2020 are short-sight...