On 1 October 1992, the newly formed ATLAS and CMS collaborations both submitted letters of intent for the construction of their detectors 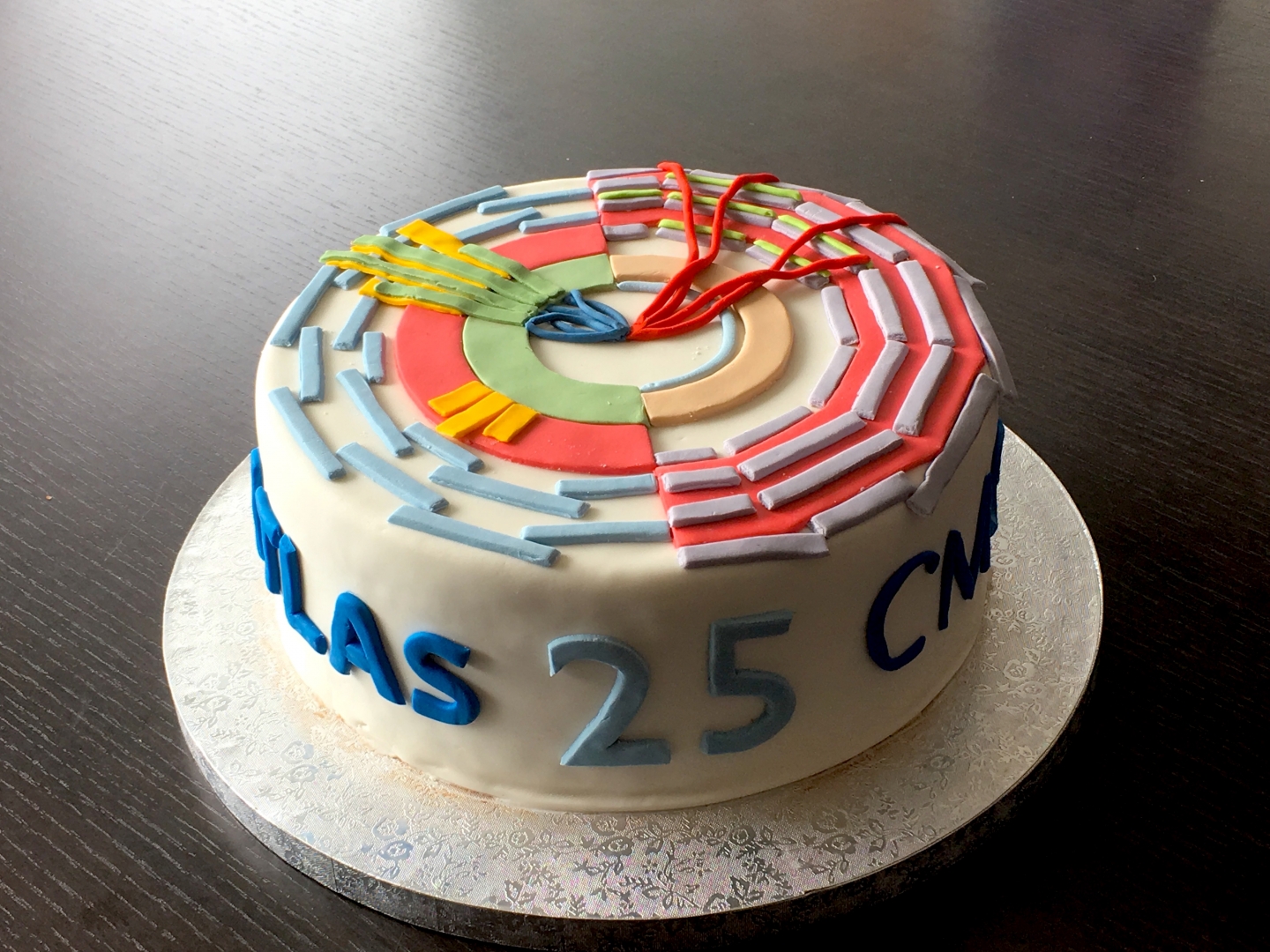 This special ATLAS and CMS birthday cake, baked and decorated by a member of the ATLAS collaboration, Katharine Leney, represents two event displays, one from each detector, in the icing. (Image: CERN)

ATLAS and CMS are like close sisters, the best of friends and competitors all at once. Today they are both celebrating their 25th birthdays. On 1 October 1992, the two collaborations each submitted a letter of intent for the construction of a detector to be installed at the proposed Large Hadron Collider (LHC). These two documents, each around one hundred pages long, are considered the birth certificates of the two general-purpose experiments. They each contain fairly precise technical specifications, close to that of the two detectors that were eventually built, and an already long list of institutes and scientists that had joined the collaborations. The letters of intent for ALICE and LHCb, the LHC’s two other large experiments, followed a few months later.

Several months earlier, 600 physicists and engineers from 250 institutes around the world had met in Évian-les-Bains to discuss the physics and detectors of the LHC. Design proposals for various experiments were then made public. Carlo Rubbia, the Director-General of CERN at the time, proposed a schedule for selecting which experiments would go ahead, with letters of intent to be submitted for evaluation by a peer review committee. This resulted in the creation of the LHC Committee (LHCC), which began evaluating the proposals that autumn.

In June 1993, the LHCC gave the green light to the two general-purpose experiments, which then had to develop detailed technical proposals. This marked the start of a long and difficult journey that pushed the boundaries of technology and human endeavour, but which eventually led to a major discovery, that of the Higgs boson, and many other important results, the list of which keeps on growing.