How can high energy physics help the water shortage?

CERN is now part of a research project to develop a system for optimised irrigation, based on technologies developed for high energy physics 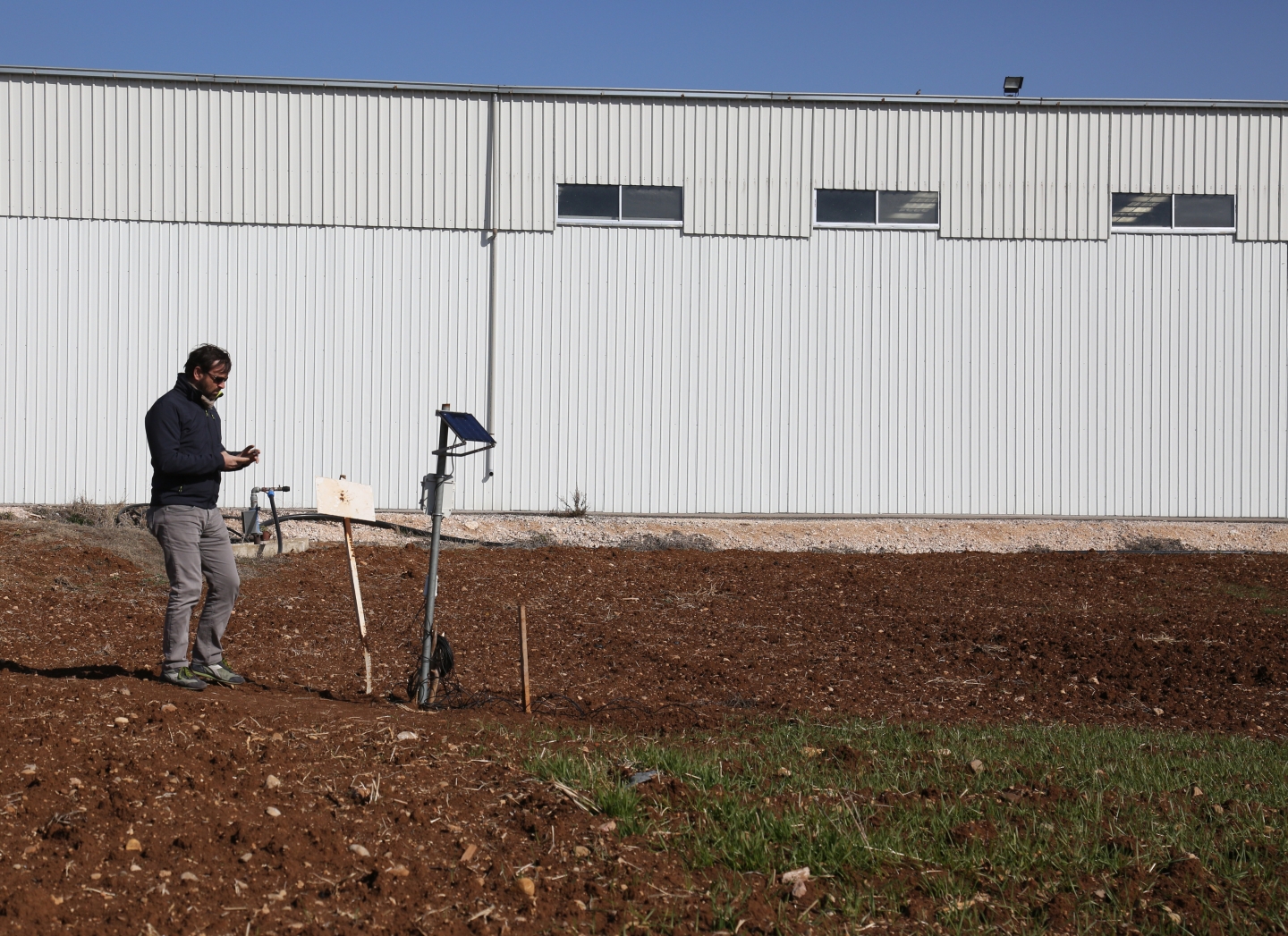 A technician from the Optosmart company, a partner of the project, examines the field in the Bekaa valley, in Lebanon, where they will install the sensors for the new irrigation system being developed. (Image: Georges Abi Aad/UKLTH)

It might be hard to imagine what link there could be between a huge scientific machine underneath Geneva and a field of tomatoes in Lebanon but both need advanced technology to achieve their best results. Even if they seem light years apart, they face the same technical challenges.

In light of this, CERN is now part of a research project to develop a system for optimised irrigation, based on technologies developed for high energy physics.

The irrigation system will use fiber optic sensors designed to measure parameters such as temperature, humidity, concentration of pesticides, fertilisers and enzymes in the soil of cultivated fields. If the development succeeds, it will be the first fiber optic sensor system able to measure all of these parameters at the same time. The system has to be simple and affordable, allowing irrigation optimisation that will result in water saving and increase in crop yield. It will also help to lower the amount of fertilisers and pesticides used, helping build more sustainable agriculture.

The research programme was launched last week by the UK Lebanon Tech hub (UKLTH) as part of its brand new International Research Centre Associate Research Unit (ARU). The UK Lebanon Tech hub is an initiative from the Central Bank of Lebanon and the UK Government to support the development of Lebanon’s Knowledge Economy. CERN is part of this research project along with several institutes and companies such as the University of Sannio, the Italian National Institute for Nuclear Physics (INFN) from Naples, the Optosmart and National Instruments companies, the Lebanese University and the Lebanese Agriculture Research Institute. The partners signed the “Fiber Optic Sensor Systems for Irrigation” (FOSS4I) collaboration agreement on 11 January.

Unique fiber optic humidity sensors were also developed for the huge CMS experiment at CERN’s Large Hadron Collider. “We use specially developed sensors in order to monitor the environment in the CMS tracking system, at the centre of the detector,” explains Martin Gastal, FOSS4I project leader and member of the CMS collaboration at CERN. “Such sensors have the potential to be further developed to match the challenges of other applications, like irrigation. This project is illustrating how research in high energy physics, can produce technologies that can be applied to societal problems while stimulating technology transfer and local economic development.”

The UK Lebanon Tech Hub is funding the project and coordinating between the different parties. CERN, through its commitment to knowledge transfer, will lead the project and provide continued knowledge transfer support after initiating the project. The Organization will also share its facilities, including a dedicated sensor calibration facility.  While Optosmart, INFN Naples and University of Sannio will share their expertise and know-how regarding the design and operation of relative humidity and temperature measurement techniques, based on fiber optic sensors. They will be working closely with the Lebanese University on the development of new fibre optic sensors and data acquisition systems. The Lebanese Agriculture Research Institute will supervise the installation of the sensors in the region of Zahle, in Lebanon, and monitor the crops. Finally, National Instrument will provide their support on hardware research and development.

The project will also result in seamless technology transfer, recruitment of two post docs and one PhD student both in Italy and Lebanon, and the set-up of a state-of-the-art optical lab in Lebanon.

The UKLTH’s International Research Center platform will serve as a portal for companies of all sizes to undertake research and development, for new solutions in a collaborative environment. It encourages a multidisciplinary approach, involving fundamental and applied research.

Read the press release by the UK Lebanon Tech hub.