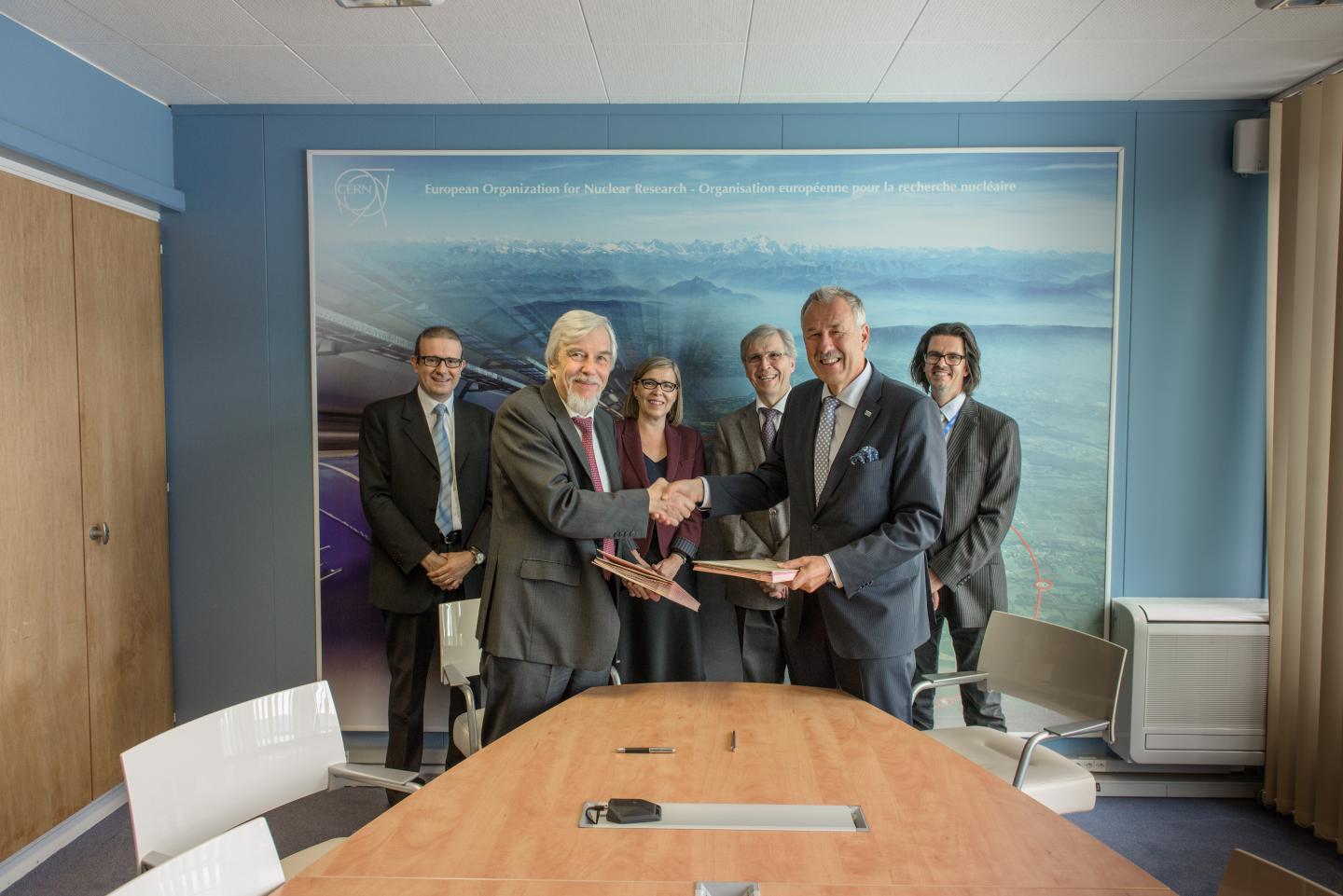 The latest Business Incubation Centre of CERN technologies (BIC) agreement was signed today in conjunction with the Helsinki Institute of Physics and Tampere University of Technology.

The BIC will support businesses and entrepreneurs to develop innovative ideas in fields broadly related to CERN activities – bridging the gap between basic science and industry.

They are actively involved in the selection of companies applying to the BIC to ensure that only the best proposals, compatible with CERN work and values, go through.

“Our technologies are already available through various schemes ranging from R&D partnerships to licenses and consultancy. The Finnish BIC of CERN technologies is an important addition to the network of BIC’s in member states,” continued Head of CERN Knowledge Transfer Group, Giovanni Anelli.

CERN will contribute with the transfer of knowledge and know-how through technical visits to CERN, support for the centre and preferential-rate licensing of CERN intellectual property.

The agreement follows the establishment of BICs in six other CERN Member States: the UK, Netherlands, Norway, Austria, Greece and France.