Wim Klein, CERN's first computer, was born 100 years ago this week. A former colleague remembers him 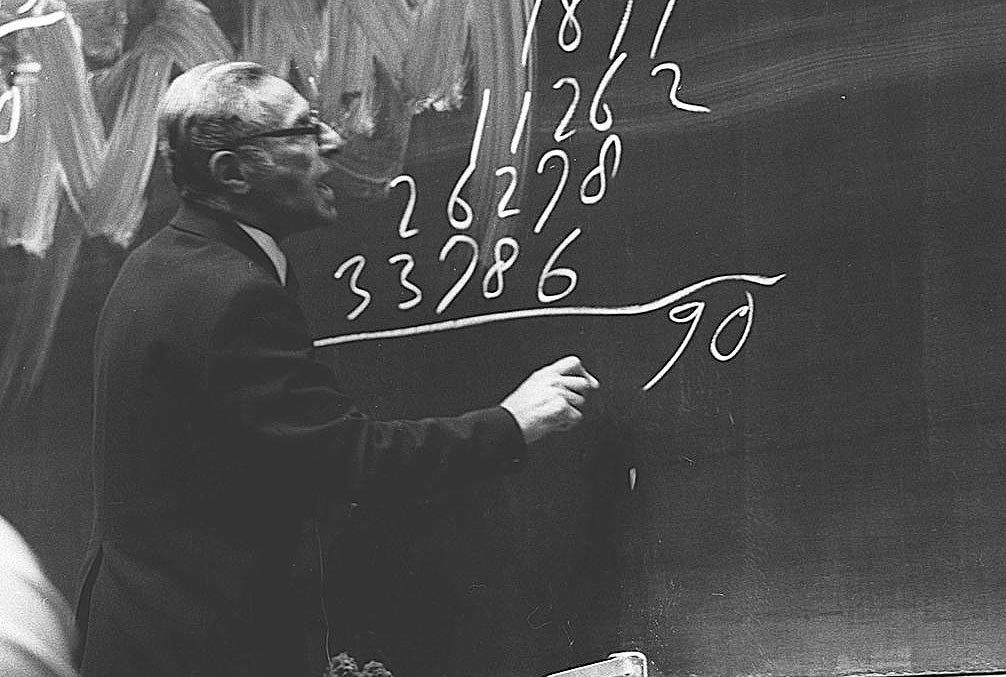 I just read your item on Wim Klein. I remember him fondly. I was the junior member of the theory division at the time and involved in lengthy numerical calculations when we tried - Rolf Hagedorn and myself - to find out what would be the high end of the pion spectrum resulting from the collision of the proton beam of the PS (not yet completed).

Contrary to your title Klein was not the first computer at CERN. There was a computer office, consisting of two charming British ladies with mechanical desk calculators which were expert in doing complex calculations, using mathematical tables and interpolation methods. They had been trained at the National Physical Laboratories in Teddington (London). They played an essential role in the computations for planning the PS. Those ladies had already computed page-long tables for me, but were much in demand by other groups and it was clear that the theory division - under Bruno Feretti - needed its own (human!) computer. The first electonic computer, a British Ferranti machine was yet to come.

So one day arrived Wim Klein, introduced by a note from Director-General Bakker. Professor Bakker wrote that Mr Klein had been recommended by the director of the Zeeman laboratory in Amsterdam as a remarkable calculator.

I was charged with examining Mr Klein's abilities; such jobs befall usually to the younger member of a team and in addition I spoke Dutch. He needed no desk calculator and performed exceedingly well, exceeding in speed even my own desk calculator in multiplication and division. I wanted to test something more complicated, took the table prepared by the British ladies and asked Klein to calculate a line, with my eye on my watch.

He came up with the result in a minute: his number did not agree with the table. This made him nervous, he did it all over and obtained the same result, getting red in the face. I then sat down and did the calculations twice on my desk calculator, which took me about ten minutes: Klein was right, the ladies had made an error! Klein was appointed.

The next job he did for me was ideally suited for him. I needed tables of combinations of so-called Clebsch-Gordan coefficients. Such coefficients are really fractions which can become quite complicated: there existed tables where the values of the coefficients had been tabled as decimal numbers, e.g. 0.92308. But I needed the explicit form, with the numerator and denominator as whole numbers. Normally this would have required doing the computation all over. But for Wim - by then I could call him Wim - it was just play to find that was just 11/13. He told me part of his secrets: he was gifted with an extraordinary memory for numbers, he could remember a row of 50 digits given him an hour earlier. He kept in his head the multiplication tables up to one hundred and all the logarithms from 2 to 100; in addition he knew the standard interpolation rules.

Wim was very reliable, except perhaps on Monday morning. But then we had that most remarkable secretary, Tatiana Fabergé, who had to type out the tables and spotted any unusual number in the row.

In later years Wim became rather unhappy: there were electronic computers and the demands involved such complications that he could no longer cope and had to learn the basics of computer programming. The moments he could again become the entertainer and show off his extraordinary feats of mental calculation were then moments for happiness for him.