The first antiproton beam has been successfully injected and circulated into ELENA, the Extra Low ENergy Antiproton deceleration ring 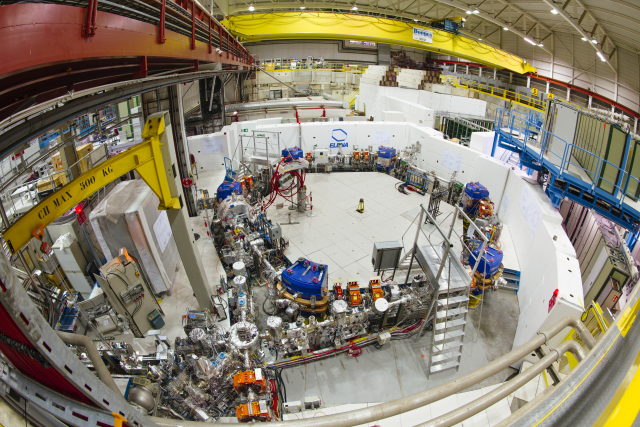 This is not the first time that a beam has circulated in ELENA. The first tests began last November, but this is the first time that antiprotons, the particle type this machine has been conceived for, have been injected. The beam of antiprotons has been successfully injected and it has been observed circulating for a few milliseconds (that is, a few thousand turns of the machine).

The commissioning of the machine will continue over the next coming months with setting-up of several systems such as the radio-frequency system, which will be used to decelerate the bunches of antiprotons. At that point, the commissioning team will start changing the energy of the beams. At the same time, a series of general adjustments of the beam optics is as well foreseen.

As antiprotons are difficult to produce and they need to be shared among many experiments,  progress in the commissioning of ELENA will also be made using protons and ions coming from a local H– ion and proton source.  This useful feature is speeding up the commissioning phase and within the next weeks ELENA will be ready to provide first H– beams for tests to the GBAR experiment.