Scientists at CERN’s ISOLDE facility have helped confirm that Nickel-78 is doubly magic by examining its nuclear neighbour, copper-79 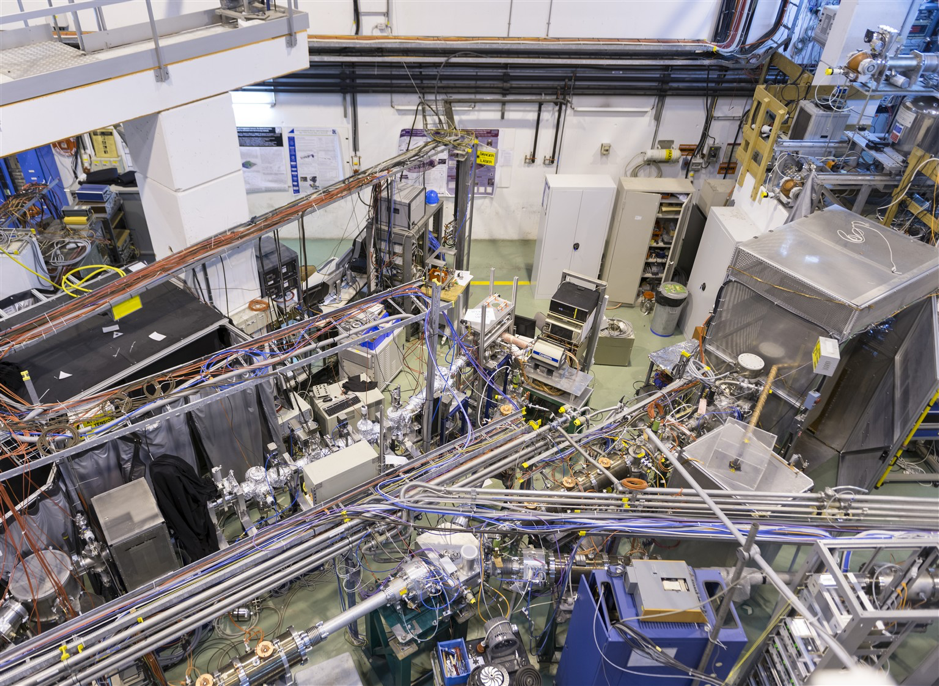 The research was conducted with ISOLTRAP, whose beamline is visible here, an experiment at CERN’s nuclear physics facility, ISOLDE (Image: CERN)

Nuclei that have specific ‘magic’ numbers of protons or neutrons (those with neutron or proton numbers of 2, 8, 20, 28, 50, 82, and 126) appear as peaks of stability on the nuclear chart. A nuclei with 28 protons and 50 neutrons has two magic numbers, making it doubly magic.

Similarly to electrons shells, protons and neutrons fill up shells in the nucleus one by one, and when shells are full the nucleus is more stable. Nickel already has a magic number of 28 protons but the recipe for adding a magic 50 neutrons (making nickel-78) has proven to be a challenge for today’s radioactive beam factories and because it’s so hard to reproduce in a laboratory this had never been confirmed, until now.

“Isotopes that have magic numbers are really exciting, they show us so much about what is happening in our stars right now and at the end of their lives; in general, how elements are formed and, in turn, the paths nature follows,” explains Andree Welker, who led this research as part of his PhD thesis work.

The team at ISOLDE performed the most precise measurements yet of the masses of copper isotopes (containing 27 protons) from 75 to 79, just one proton away from nickel-78. Nuclei masses can be considered a direct measurement of the ground-state energy, via the relation E = mc2. They used ISOLTRAP, an experiment in the facility, which uses ion traps to weigh each nuclei to obtain their binding energy.

The comparison of their data to state-of-the-art theoretical shell-model calculations shows that copper-79 has very similar structure to that of nickel-78, indicative of a doubly magic nuclide,

Another experiment at ISOLDE, called CRIS, used a different technique, the precision method of laser spectroscopy, to measure a different property (electromagnetic moments) of the same isotopic chain, up to 78-copper. They then used the same theoretical model calculations and it was consistent – a true triumph for the shell model interaction and doubly strong evidence for the nature of the neighbouring nickel-78.