Nearly 90% of High-Energy Physics publications are funded by SCOAP³ 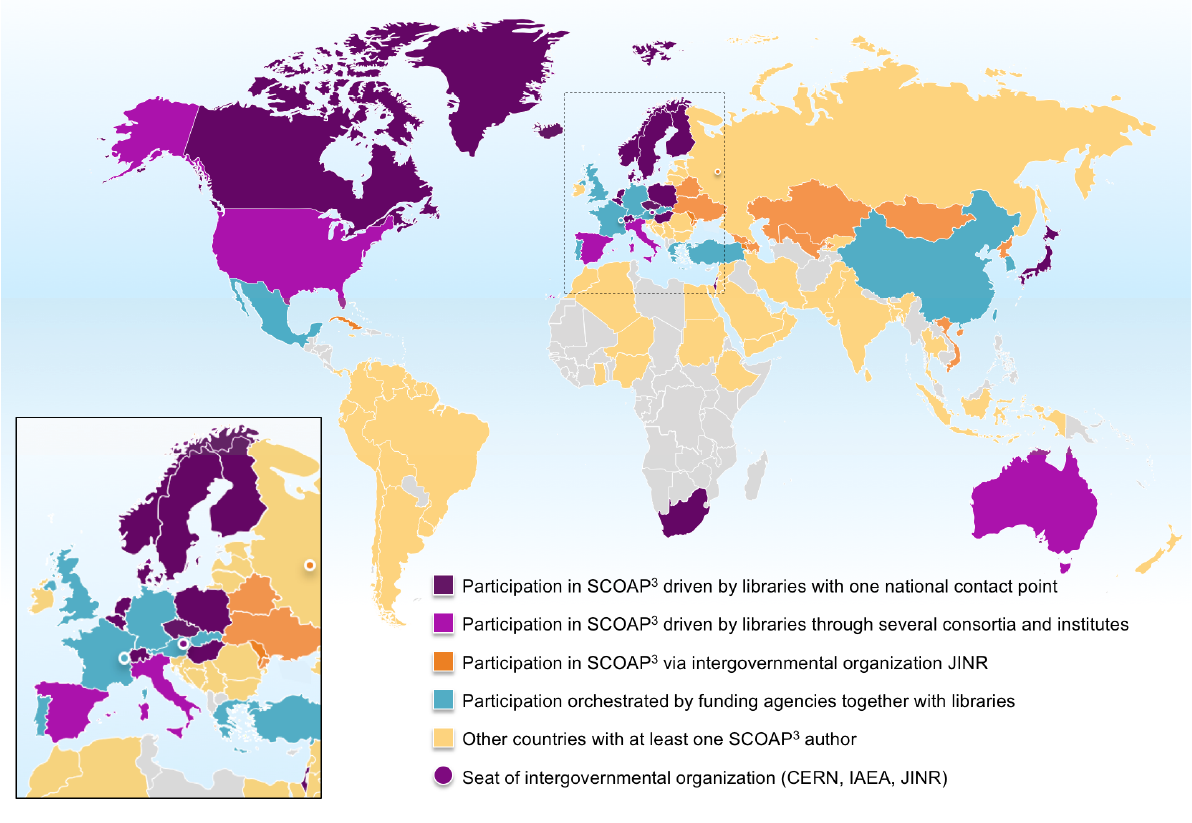 Only four years ago, most publications in High-Energy Physics (HEP) were behind paywalls, only accessible to a limited audience of academics. Today, nearly 90% of scientific articles in this field are available to everyone and authors from anywhere in the world can publish their papers without any financial barriers, all thanks to a collaboration hosted at CERN.

The Sponsoring Consortium for Open Access Publishing in Particle Physics (SCOAP³) is a global partnership involving 3000 libraries, national funding agencies and research institutions from 43 countries and three intergovernmental organisations. It functions on the basis of a ‘recirculation of funds’ business model, as a tripartite collaboration between libraries, national funding agencies and publishers of HEP journals. By centrally covering the costs involved in providing Open Access, SCOAP³ pays the publishers directly, thus removing subscription fees for individual journals and any expenses scientists might normally incur to publish their articles openly. This way, authors from anywhere in the world publish without any financial burden and retain the copyright of their work. Libraries pay their membership fees to the consortium, re-using funds previously spent on subscription fees for the journals which are now Open Access and member countries contribute according to their scientific output in the field.

Since its launch in 2014, SCOAP³ made more than 21 000 scientific articles published by authors from over 100 countries freely accessible to everyone. “What makes this collaboration work is the long tradition of sharing scientific knowledge amongst HEP researchers as well as CERN’s history of collaborating with other research labs. It is indeed in the Organisation’s DNA to support the dissemination of the scientific information,” says Alexander Kohls, operations manager at SCOAP³.

With the recent addition of journals of the American Physical Society, SCOAP3 has reached an important and encouraging milestone in our attempt to foster access to scientific information, which is the basis of any scientific work. Open Access to publications is but one of several initiatives including access to open data to carry out verifiable research independently,” adds Eckhard Elsen, CERN’s Director for Research and Computing.

By making nearly all HEP articles Open Access, SCOAP³ has also significantly increased the visibility of particle physics research: a recent study shows that the number of article downloads has more than doubled since the articles became Open Access. This means millions of new readers for the scientific literature in the discipline, and most importantly, readers from countries where access to scientific information is often limited.

Open Access reflects values and goals – such as the widest dissemination of scientific results and knowledge as a common good for humanity – that have been enshrined in CERN’s Convention for more than sixty years. I am proud that CERN is committed to continue its strong support of this important Open Access initiative,” says CERN’s Director for International Relations, Charlotte Warakaulle.

SCOAP³’s infrastructure is provided by CERN and the initiative is governed by its member countries who meet regularly in the SCOAP³ Governing Council. Earlier this year, delegates met to discuss the future of SCOAP³ and the strategy for the next five years. One of the priorities is to get more countries involved in the partnership and to offer more collaboration opportunities. The worldwide financial cooperation is what makes this initiative possible, creating a role model for Open Access.