Join the dots to measure antimatter

Help the AEgIS experiment at CERN to work out how antimatter is affected by gravity. Just join the dots! 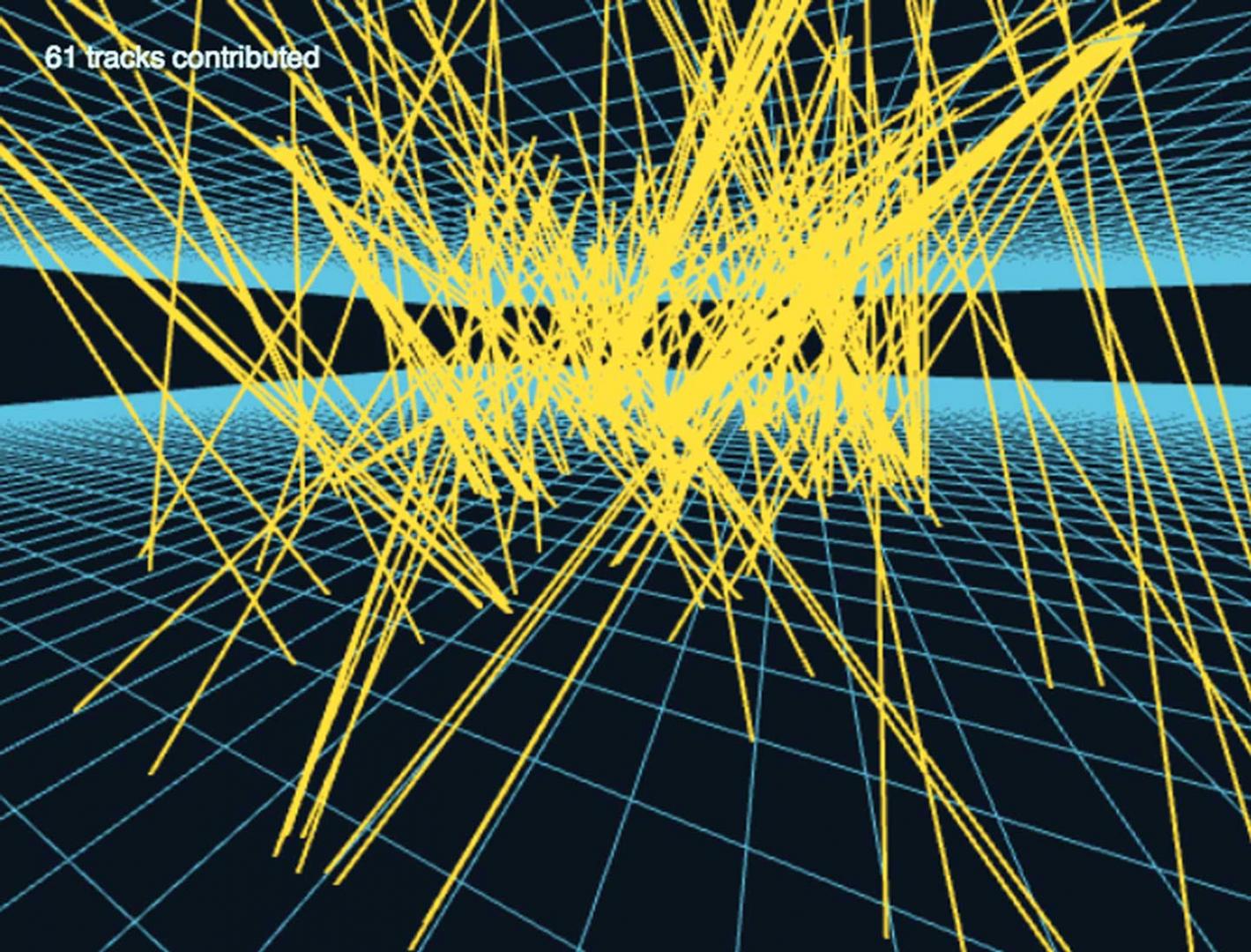 The crowdsourcing software records the particle tracks you trace and renders them as a 3D image (Image: AEgIS)

Just hours after CERN’s AEgIS experiment sent out the call, several hundred amateur physicists completed a portion of antimatter data analysis. The prototype of crowdsourcing data analysis, anyone with access to a computer and the internet could spend a few minutes following tracks of particles produced when antiatoms annihilate with ordinary matter. Participants clicked when they first appeared in a photographic emulsion behind the annihilation point and again when they left it.

The program was designed by a small group of students at CERN’s Summer Student Webfest earlier this month. AEgIS spokesperson Michael Doser says that the prototype worked “amazingly well,” and that the small fraction of data available was analyzed in just a few hours. Now, they need feedback from users and other programmers to improve the software for a beta release with even more data.

Ever wondered what happens when you drop antimatter?

The AEgIS experiment at CERN needs your help to analyse experimental results to figure out how antimatter is affected by gravity. Just join the dots to reconstruct particle tracks and your contribution could be included in an upcoming scientific publication.

The aim of AEgIS is to measure the effect of the Earth's gravitational acceleration on antihydrogen. Seeing a different behavior for antimatter than for matter would be a huge surprise, and would indicate that gravity is much more complicated than our present understanding indicates.

In the AEgIS experiment, antihydrogen atoms are made to fly horizontally, dropping by a tiny amount, before colliding with matter. On collision the antihydrogen and matter annihilate, producing a burst of mostly pions and some other particles. These particles then travel through an emulsion containing silver bromide developed by the University of Bern in Switzerland that makes their tracks visible. Tracing these tracks to their point of origin tells the AEgIS team exactly where each annihilation occurred, which in turn allows them to calculate how far each particle travels, and how far the particle's path drops. From the distance the particles fly and fall the AEgIS team hope to calculate the effect of gravity on antimatter.

AEgIS needs your help to map the paths that particles take through the emulsion. As part of the CERN Summer Webfest some of this year's summer students have created a web application to map particle tracks. All you have to do is join the dots!

"In principle, tracking could be digitized, but computers can miss tracks that are related, but far apart," says AEgIS spokesperson Michael Doser, who, inspired by astronomy websites such as Astrowatch and Galaxy Zoo, decided to crowdsource the analysis. "I'm using human pattern recognition – we're pretty good at seeing things that belong together."

First test data from AEgIS have been uploaded to the web application directly and have never been analysed before. So you can make a genuine contribution to CERN's research. The data you provide will be openly available and help physicists at CERN with their analysis of the experiment. The results will be visualized on this page as a 3D Model.

The experiment requires about 1000 antihydrogen annihilations for a statistically significant observation, says Doser, but he hopes to have anywhere from 10,000 to 100,000 particle tracks analysed to check AEgIS’s algorithms for even tiny biases.

"Algorithms are not curious," says Doser. "If we had something unexpected, a computer may not see it. But humans are open to new ways of looking at things. And besides, it's fun!"

Epilepsy warning: The particle tracks contain rapidly flashing screens. If you are epileptic, perhaps best to skip this bit.