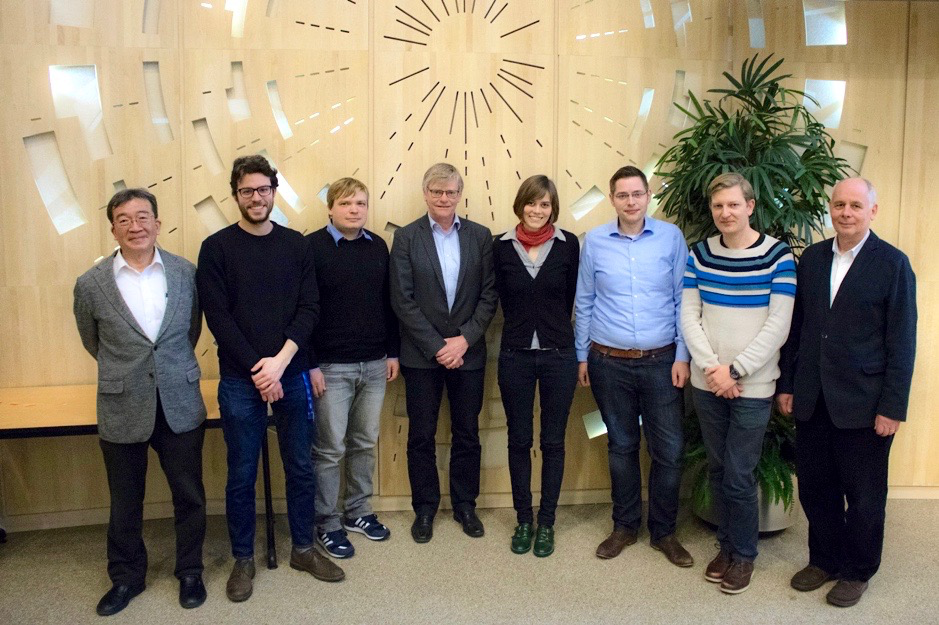 The ATLAS Collaboration has over 5500 members in 182 institutions around the globe. But, did you know that over 1000 of these members are PhD students? ATLAS PhD students contribute strongly and critically to all areas of the experiment, while learning valuable skills for their degrees.

Since 2010, the best of the best have been celebrated at the annual ATLAS Thesis Awards, which highlight outstanding contributions to the collaboration in the context of a PhD thesis. The theses considered by the jury could cover any area of ATLAS physics, from detector development, over operations, software and performance studies to physics analysis. Indeed, all awarded theses cover at least two of these areas to considerable depth.

A total of 31 nominations were received this year, all of very high-quality and encompassing a wide variety of ATLAS activities and results. “Selecting the winners was not an easy task,” said Paul Jackson, Chair of the 2017 ATLAS Thesis Awards Committee. “This year’s applications featured some incredible pieces of work – not just the theses themselves, but the high-quality recommendation letters that went with them. Going through each nomination was a pleasure for committee members.”

During the awards ceremony, the winners gave presentations about their thesis work in front of members of the ATLAS collaboration, including ATLAS Spokesperson Karl Jakobs. He shook hands with each student and – together with ATLAS Collaboration Board Chair, Max Klein, and Deputy Chair, Katsuo Tokushuku – presented them with certificates and an engraved glass model of the ATLAS detector.

At the conclusion of the event, ATLAS collaboration members were encouraged to consider the upcoming 2018 awards. “We hope to receive even more nominations from our members across the globe,” said Max Klein, “thus ensuring the continued excellence of the Awards in the years to come.”